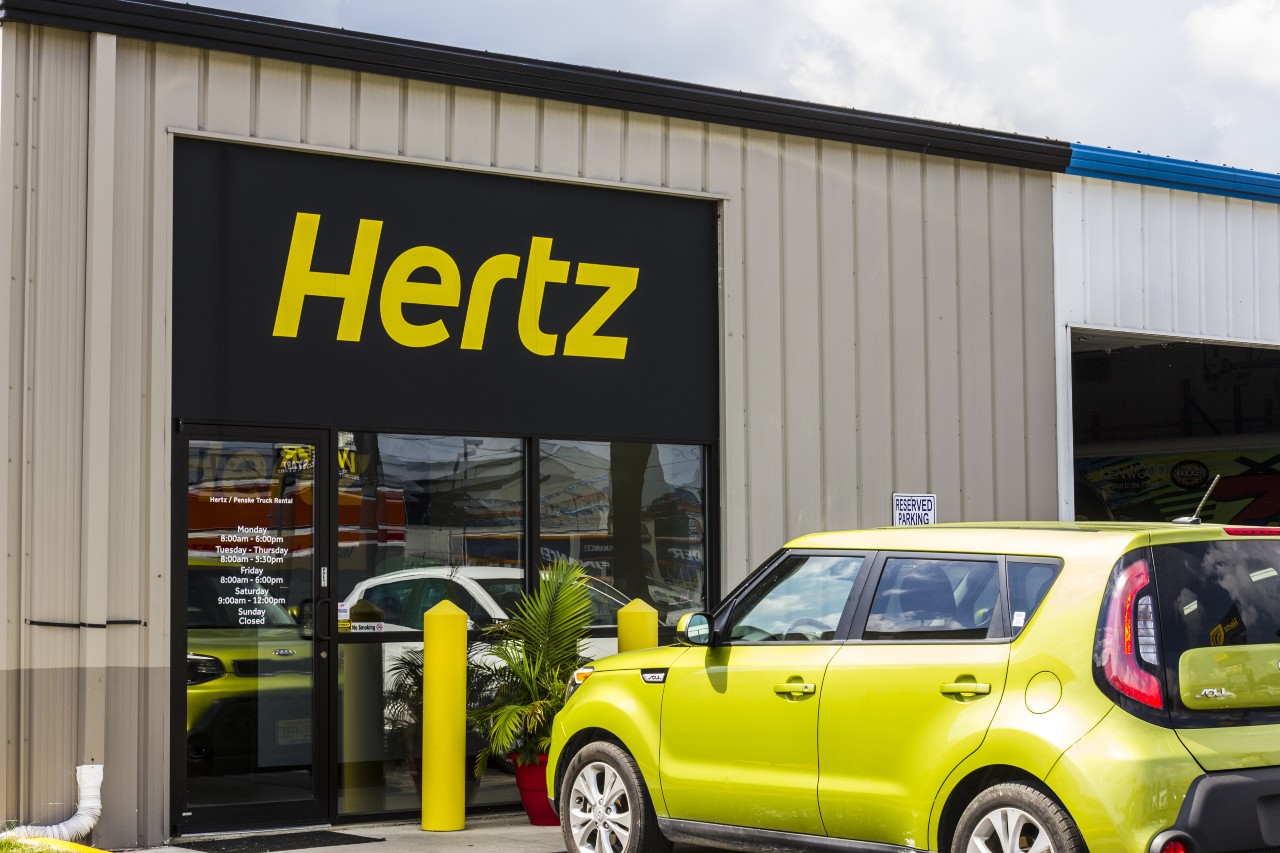 Hertz will benefit from its new company structure, which is due to be complete by summer 2021. Credit: Jonathan Weiss / Shutterstock.

Detrimental outcomes were to be expected in this globally recognised company’s FY20 results, following Chapter 11 bankruptcy filings in May last year. US revenues declined by 48% in the three months to 31 December 2020, where international revenues declined slightly more by 54%. Restructuring efforts could save the company or plunge into further financial difficulty if changes in the market are not adapted to.

Hertz suffered more than its competitors

Certain conditions set Hertz up for failure when Covid-19 devastated the travel industry in 2020, more so than its competitors. A reliance on airport rental locations combined with the dramatic reduction in air travel left a large hole in revenues, which there is no set return date for. This drop, combined with the decline in used car sales which is an important revenue channel for Hertz, resulted in the inability to pay $400m to lenders. This prompted the chapter 11 bankruptcy filings, which should be complete by summer this year.

Direct competitor Avis was more receptive to the change in market conditions, and acted quickly upon this. As a result, this was the defining move for Avis against its competitors, as the timely sale of vehicles, cancelling orders of new vehicles and cost-cutting methods reduced its cash burn and left a more sustainable financial cushion. As these cost-cutting methods were complete from March to May 2020, it set Avis up for any further detriment in the rest of the year.

Hertz should have initiated similar moves earlier than it did. Avis stock prices continued to rise whilst Hertz slumped further into a decline. In a bid to raise cash in June, Hertz tried to sell $500m of stock. However, this effort slumped after receiving pushback from regulators, which deemed it worthless and harmful to investors. This was another setback in its bid to stay afloat. With successful cash boosters such as fleet reduction deals only agreed in July, after the bankruptcy filings, it is evident that speed was the key to survival in the car rental sector during Covid-19.

In the long-term, restructuring efforts should pay dividends

The car rental industry has the opportunity to rebound in the travel space, as travellers’ willingness to use public transport methods decreases. This will only happen, however, if the cost of car rental is to mirror that of public transport methods (train, air travel, coach travel). If the distance is acceptable to travel by car and is a similar cost, this will be a preferred option as it reduces contact with other groups of people and ensures a safe journey.

The previous threat of ride-sharing companies on the car rental space could be reduced. As ride-sharing providers such as Uber and Lyft are usually used alongside other public transport methods, car rental can overtake this by increasing the average rental period and moving the customer away from ride-sharing.

Hertz can take advantage of this opportunity in the market by offering cheaper rentals to match the cost of public transport, by introducing a cheaper, more accessible vehicle fleet. By including this as part of the restructuring efforts, Hertz can tap into this market and focus on rental locations where these customers frequent.

Hertz will benefit from its new company structure, which is due to be complete by summer 2021. However, this will only happen if market changes are adapted to. Being responsive to changes in traveller demands and preferences is imperative in a post-COVID-19 world, as keeping competitive is also important to maintain market stance. The car rental market has the opportunity to grow in this new way of travel, where Hertz could thrive if these opportunities are acted upon.