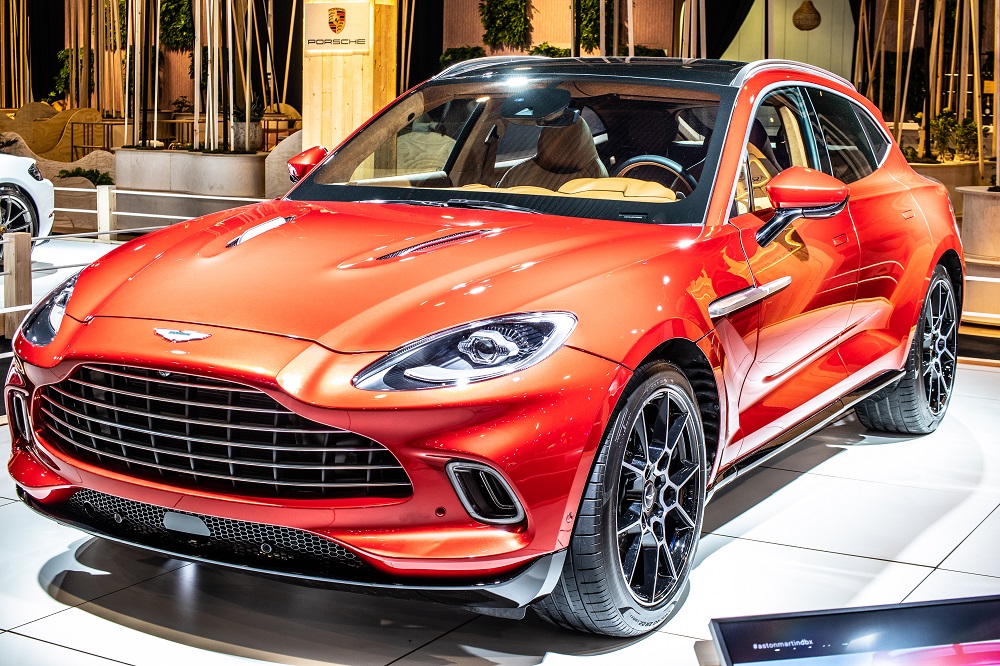 Aston Martin will hope its first sport utility vehicle (SUV) model, the DBX, will help it continue to make a strong recovery from the pandemic. Credit: Grzegorz Czapski / Shutterstock.

SUVs could be a future source of growth for Aston Martin

Aston Martin started production of its first luxury SUV, the DBX, last July. So far, the vehicle has proven to be an asset, stimulating a surge in sales to wholesale dealerships. A total of 1,516 DBXs were wholesaled last year, making up close to half of the company’s total vehicles sold at wholesale and helping offset a 42% drop in wholesale vehicles delivered last year.

Following the successful launch of its DBX model, Aston Martin is expected to release variants of the vehicle during the third quarter of this year, including a plug-in hybrid version of the DBX. The expansion of its SUV range could play a crucial role in the company’s future growth.

Demand for SUVs is encouraging luxury brands to enter the market

SUVs have helped boost the financial fortunes of leading players, being both profitable and high in demand.

Several luxury carmakers have released their own SUV models to capitalise on the growth in this market. Rolls-Royce launched its first SUV, the Rolls-Royce Cullinan, in 2019. The launch fuelled a 25% increase in automotive deliveries, helping the company deliver 5,152 that year.

While releasing SUVs helps luxury carmakers increase sales volumes and profitability, it also risks compromising brand image and exclusivity. This could have an impact on company sales elsewhere in the business. With most luxury car companies now offering at least one SUV, however, the risk of sacrificing brand image for quick cash injections is less of a risk.

Bentley released its first SUV, the Bentayga, in 2015. The Bentayga has since become the company’s biggest-selling model, with a 37% sales share last year. Lamborghini launched the Urus, its ‘super sport utility vehicle’ (SSUV), in 2017. The Urus was the companies most in-demand vehicle, accounting for 59% of deliveries last year, in which the company delivered a record number of vehicles (7,430). Lamborghini also celebrated its 10,000th delivery of the Urus last year, making it one of the group’s most successful modes to date.

Aston Martin will hope its DBX model will generate a similar cash injection to that achieved by its luxury car competitors with their SUVs and help the company continue to make a strong recovery from the pandemic.