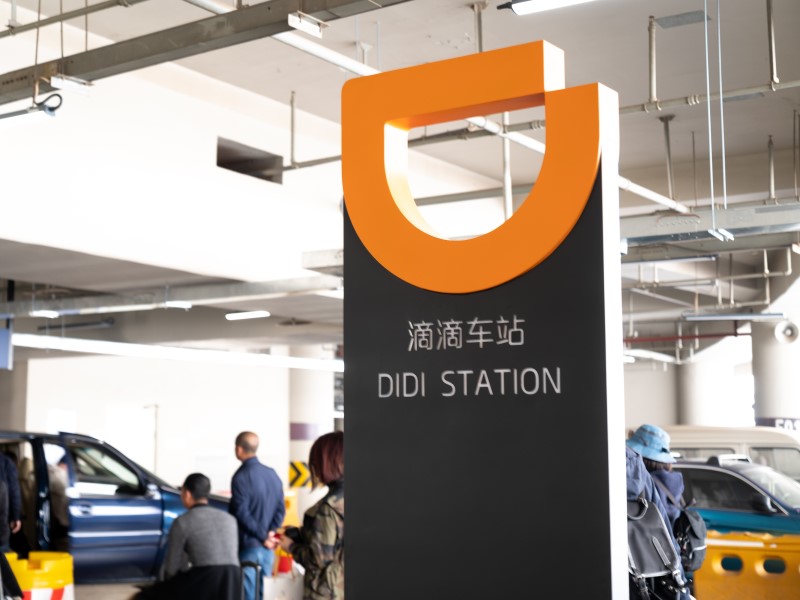 The Beijing based firm had been expecting to roll out services to major British cities and others in Western Europe during the first half of 2022. This is following recent expansion to new markets such as South Africa, Ecuador and Kazakhstan.

The firm has been quiet since the news broke with a spokesperson stating, “as soon as we have any more news on additional new markets, we look forward to sharing”.

Having previously raised $4.4bn from its entry to the New York Stock Exchange, the news caused share prices to tumble.

The report, first broken by the Telegraph, suggests plans to enter the European market will be suspended for at least a year. Employees who had been working on the launches now face possible redundancies.

The cancellation of the planned expansion is a shame for the European ride-hailing market, with Uber’s dominance concerning for competition. A new rival would have been healthy for the market and may have helped drive down prices for consumers.

The distrust of Chinese firms and links with the government is evident through many western democracies restricting Huawei’s involvement in their 5G networks just last year.

The UK was one of the countries which restricted Huawei due to concerns over security from the National Cyber Security Centre, despite Huawei having been instrumental in the 4G networks.

Former US president, Donald Trump, had urged numerous governments to stop using the Chinese firm, which was largely successful. Other firms, such as TikTok, were also targeted by Trump. Although current president Joe Biden has not been as aggressive in his approach, the concerns over the rising influence of Chinese firms and the Chinese Government are still apparent.

As a result, Chinese firms have added obstacles when wanting to break into European and North American markets, with Didi being the latest firm to stumble.

Didi and other Chinese companies are facing increasing regulation at home

Beijing has introduced new strict data privacy measures, with Didi coming under pressure and placed under numerous cyber security reviews. Earlier in 2021 online stores were told to stop offering the Didi app by the domestic internet regulator amidst allegations it had illegally collected user data.

As well as this, the Standing Committee of the National People’s Congress, China’s top legislative body, just passed the Personal Information Protection Law which will be implemented on 1 November. This will tightly control how firms use data.

Clearly, Didi is currently facing distrust abroad and at home, which has led to poor stock market performance and general uncertainty over the firm’s operations. Now is certainly not the time for European expansion with this added pressure and Uber will be glad to hear it.