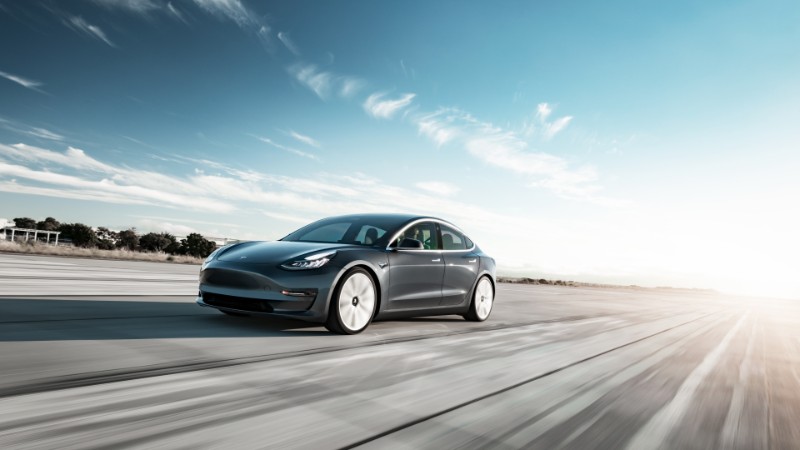 Valued at $81.39bn, Tesla became the most valuable automaker in the US ever and the second most valuable in the world during January 2020. Credit: valentinphotography / Shutterstock.

The largest automaker in the US announces electric vehicle (EV) plans, Tesla is expected to remain dominant in EV market.

Auto Forecasting Solutions, a leading automotive forecasting database, has estimated that Ford and GM will produce 325,000 electric vehicles in North America during 2026.

Tesla already has production capabilities far superior, with an annual EV production capacity of 490,000 units in Fermont California as of 31 December 2019. An additional 100,000 of installed capacity is expected in 2020.

Ford has a large pipeline of electric vehicles waiting for market release, including an electric-powered version of the companies iconic Ford Mustang, the Mustang March-E. The vehicle was scheduled for release later this year. The group’s most recent announcement was the all-electric Ford Transit cargo van, which is expected to hit markets in 2022.

The number one US car maker planned to have 20 new EVs on the market by 2023 and will spend $20bn by 2025 on electric and autonomous tech. However, Ford will continue to focus on the development of SUVs and pickups, determined not to over supply the EV market.

Despite investment and new EV releases, Tesla will still dominate production and will remain the leading player in the market, especially with the commercial production of the roadster, Tesla Semi, and cyber truck, which is expected in the coming years.

Ford anticipate demand increase for SUV’s instead of EV’s

Oil prices have fallen significantly recently and are expected to remain low following the global economic strain caused by the Covid-19 pandemic. US crude prices fell 10.7% to $22.53 a barrel on 20 March; the largest percentage decline in 29 years.

Cheap fuel prices and adverse macroeconomic conditions could cause EV sales to stumble. Fords EV plan could help avoid disappointing demand for its EV releases, but ultimately sacrifice its share in the US EV market.

Tesla became the most valuable auto-maker in the US ever and the second most valuable in the world during January 2020 after being valued at $81.39bn. This surpassed Ford’s previous record valuation of $80.81bn achieved in 1999.

Tesla made 367,200 global EV deliveries in 2019. In the US the company accounted for around 60% of the EV market. Competition from Ford will damage Tesla’s market share but the most valuable US automaker is expected to maintain the largest share in the market for the foreseeable future.