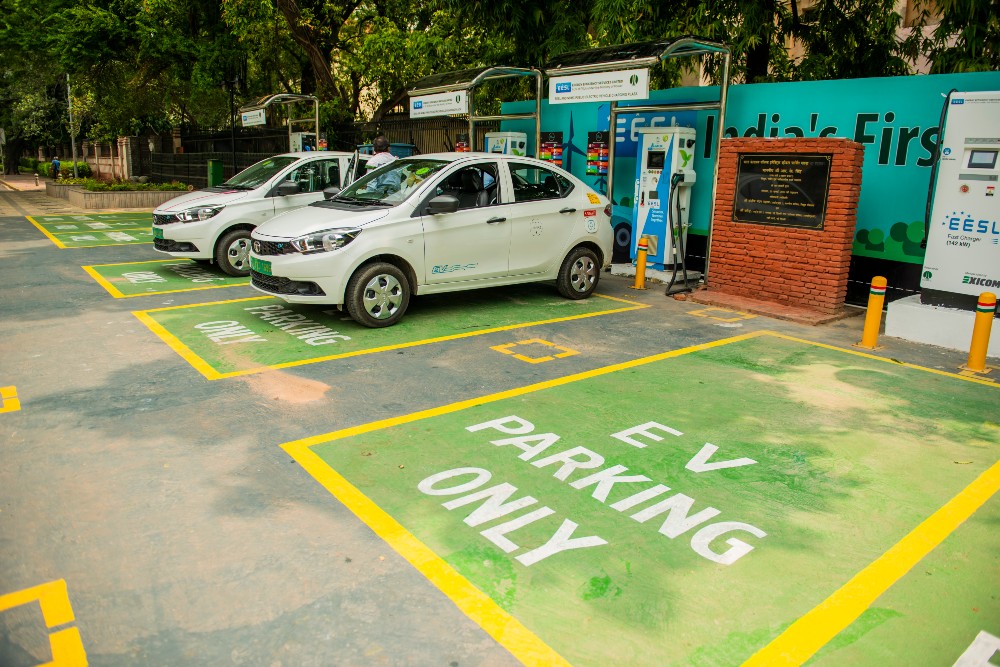 The electric vehicle (EV) market in India is still in its early stages but has started gaining more traction as the government plans to reduce India’s dependency on imported oil and work towards a more environmentally friendly future. The government has also introduced incentive schemes and manufacturing benefits such as production-linked incentives (PLIs) to encourage EV purchases and it has announced plans to convert 30% of its vehicle fleet to EVs by 2030. Alongside this, the ongoing decline in battery prices is also boosting the EV market in India.

Both domestic and international companies are investing in EV technologies and launching EVs. One example is Tata, which had the first-mover advantage with its Tigor EV. Another example is Suzuki, which, despite being a late adopter of EV technology, has partnered with Toshiba and Denso to establish a lithium-ion battery production facility in India.

Mahindra & Mahindra is gearing up to enter the EV market, with plans to launch 13 new vehicles by 2027, of which eight will be electric. It plans to launch its EVs in the SUV and light commercial vehicle categories to strengthen its position in India’s electric mobility segment. Earlier, in April 2021, it announced plans to invest INR30 billion ($403 million) in its EV business in the next three years.

Challenges to the electric vehicle market in India

India’s population has grown accustomed to traditional automobiles over decades. As a result, the transition to EVs will be more challenging for them. The lack of suitable charging infrastructure, the high reliability of fuel-based vehicles, range anxiety, the weak distribution network, and worries about resale, repair and servicing are some of the main challenges hindering the adoption of electric cars.

Though the price difference between petrol and electric vehicles is narrowing, most EVs still cost more to run than the fuel-based vehicles that currently dominate the Indian market (in terms of volume).

Drivers of the EV market in India

The two and three-wheeler vehicle segment is growing rapidly, mainly because the cost of ownership is almost the same as any other conventional vehicle. For these vehicles, charging infrastructure is not an issue due to swappable batteries. However, the growth of four-wheelers and SUVs is slower, as the cost of ownership will continue to be unequal compared to other conventional vehicles until the charging, distribution, and support infrastructure is readily available.

With good campaigns and appealing financial benefits, EVs will soon be a widespread segment in the automobile industry and the rising price of conventional fuel is expected to strengthen the EV segment’s growth. The combined efforts of the Indian Government, power companies and original equipment manufacturers (OEMs) to improve charging infrastructure, as well as the significant incentives provided by the Indian government to encourage the manufacture and purchase of EVs, will boost market growth in the next three to five years.