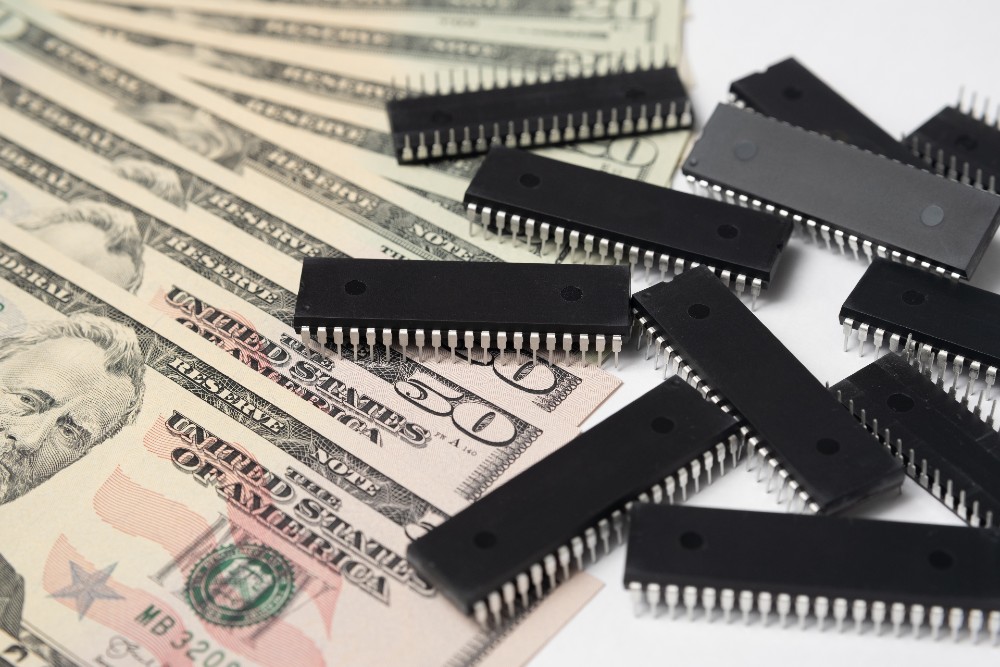 The global car industry buys about $37bn worth of semiconductors each year. Credit: mundissima / Shutterstock.

From the start of the Covid-19 pandemic, the global demand for semiconductor chips went extremely high. People isolating at home all over the world were either getting set up to work remotely or spending money on new devices to improve their in-house comfort and entertainment.

With semiconductors working their way into even more consumer and business devices, supply constraints were already on the horizon. Changing habits fueled by the pandemic have caused a massive surge in demand which is now reaching a crisis point.

Sanctions against Chinese tech companies and a factory fire at Japanese chip manufacturer Renesas Electronics, a key supplier of automotive semiconductors, in March 2021 have further exacerbated the crisis.

The global car industry buys about $37bn worth of semiconductors each year. The average car has between 50 and 150 chips. The biggest players such as Toyota and Volkswagen annually spend more than $4bn each. In comparison, Apple spends $56bn a year and growing.

As lockdowns were introduced, car sales declined and manufacturers cut their chip orders. In the meantime, tech companies, whose sales were boosted by lockdown living, snapped up as many as they could and semiconductor manufacturers were happy to relocate the capacity. Car sales bounced back faster than expected and automakers responded by ramping up production. But they found themselves at the back of the queue when trying to reorder again.

As the power of automakers faces the power of consumer electronics companies the growing reliance on chips in the automotive industry and its complex supply chain is being put under the microscope. Several major car manufacturers have been badly affected. Ford, Honda, Stellantis, Nissan, Volkswagen and GM all have faced production difficulties or stoppages, delivery delays and factory shutdowns.

Not all carmakers suffer the same faith. Toyota is arguably the best situated to weather the storm. The Japanese automaker predicted that a semiconductor shortage was a serious threat to its business well ahead of the pandemic. The Fukushima nuclear disaster in 2011 revealed its chip’s supply chain was vulnerable to disruption and the company decided to stockpile several months’ worth of chips. Nevertheless, other supply chain issues have affected production.

Semiconductors are indispensable components used in everything from house appliances to industrial machines. With every company that uses chips in production panic buying to shore up stocks, the shortage has squeezed capacity and driven up costs of even the cheapest components of nearly all microchips, increasing prices of final products.

So far, there is no sign of supply catching up, or demand decreasing. There is nothing that can be resolved immediately. It can take up to two years to get complex semiconductor production factories up and running. With the bulk of chip production concentrated in a handful of suppliers, who are significantly raising their prices for the second time in less than a year, carmakers warn that the situation is not likely to improve by the end of 2021.

Continuing delays and lost sales for car manufacturers are expected, with Ford estimating it could suffer 1.1 million unrealised sales and profit loss of up to $2.5bn this year. This also means bad news for car buyers who are facing price rises and shortages of products.