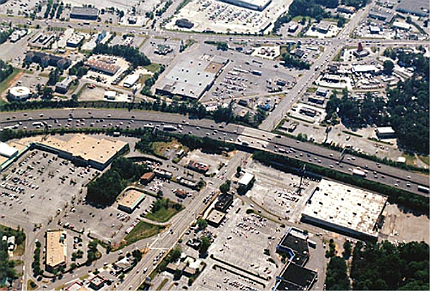 The UK must invest £30bn during the next 20 years to improve London’s road and street network, according to a new report by Mayor Boris Johnson’s Road Task Force (RTF).

The RTF has set out a vision and proposed a long-term investment plan to enhance the performance of the road network and improve public space to support jobs, new homes and ‘liveability’ in the capital.

In the past year, the RTF has examined the hurdles faced on London’s roads, as well as examples of street management and urban design worldwide.

The Federal Government of Australia is seeking contractors for the construction of two new overtaking lanes along the Bruce Highway near Mackay and Whitsunday.

The proposed contract is part of a package to construct 18 new overtaking lanes on the highway.

The lanes are part of the government’s $5.7bn investment to upgrade the Bruce Highway, comprising a dedicated programme to target crash black spots and provide new rest areas along with new overtaking lanes.

Georgia’s State Transportation Board (STB) has selected Northwest Express Roadbuilders to construct the $840m Northwest Corridor (NWC) project, which involves building a network of toll lanes along 30 miles of interstates 75 and 575 in Cobb and Cherokee counties.

The public-private partnership agreement is expected to be finalised later this year with construction beginning in 2014.

Reliance Infrastructure (RInfra), a unit of Reliance Group, through its Special Purpose Vehicle (SPV) JR Toll Road, has completed a Rs5.55bn ($93m) road project in the Indian state of Rajasthan.

The four-laning project of the 52km Jaipur Reengus (JR) road has been implemented on a design, build, operate, finance and transfer (DBFOT) model with the support of National Highways Authority of India (NHAI).

RInfra was awarded the contract, which is a part of NHDP Phase III, for a concession period of 18 years.

Drivers can use contactless payment for amounts less than CHF40 ($42.5), but for security reasons must enter their PIN for anything higher.

Ohio Governor John Kasich has unveiled a new plan to invest $3bn in infrastructure over the coming years to improve the US state’s transportation system.

The latest jobs and transportation plan will allow the state to eliminate long delays on 41 new construction projects that are scheduled to commence construction in 2014.

Delays on a project from Columbus to Appalachia will also be eliminated with the new plan.

Kasich said that the agriculture, manufacturing and logistics sectors depend on the highway system, and $3bn in new funds will help to keep them moving so the state’s economic recovery can improve.

Nissan to install EV quick chargers at 100 dealers in US

Nissan is set to support the installation of DC quick chargers at more than 100 LEAF-Certified dealers in 21 vital markets across the US.

The move comes as part of the company’s efforts to advance the expansion of EV charging and strengthen consumer awareness of the all-electric Nissan LEAF vehicle’s capability.

The new EV charging units will use the CHAdeMO standard, and will be capable of charging vehicles that have depleted to 80% in around 30 minutes.

Indra in partnership with Esteio and Dataprom has been awarded a €15m intelligent urban transport and mobility contract by the Brazilian city of Curitiba (Paraná).

The project marks the largest contract obtained by Indra in the intelligent urban mobility and transport sector.

Indra and its partners will expand the urban traffic management services across the city, and equip it with new intelligent transportation systems (ITS) and an operations support system (OSS) for 2,500 public buses.