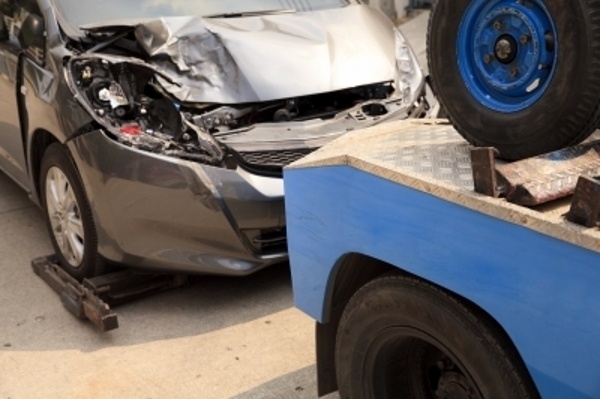 The governments of South Sudan and Kenya began consultative discussions with a number of international donors to finance the KES90bn ($1.02bn) Juba-Eldoret development corridor.

A part of the Lamu Port-Southern Sudan-Ethiopia Transport project (LAPSET), the 930km Juba-Eldoret Road corridor will be managed separately.

The link between South Sudan and Kenya is expected to considerably lower the cost of cargo transportation from the port of Mombasa to the landlocked east-central African country.

The UK must invest £30bn over the next 20 years to improve London’s road and street network, according to a report by mayor Boris Johnson’s Road Task Force (RTF).

The RTF set out a vision and proposed a long-term investment plan to enhance the performance of the road network and improve public space to support jobs, new homes and ‘liveability’ in the capital.

The charging station was designed for PRIMOVE electric buses in Germany and was launched in partnership with the local transport operator Braunschweiger Verkehrs-AG.

Beginning December 2013, Braunschweiger Verkehrs-AG and Bombardier is changing the service on the inner-city circular bus line M19 for a more environmentally friendly operation.

A full-scale test of a chemically engineered air-purifying pavement was conducted in the Netherlands, paving the way for a new technology that can eliminate urban smog and its harmful effects on peoples’ health and the environment.

Conducted over a year, the experiment managed to lower nitrogen oxide (NO) air pollution by 45% in ideal weather conditions, and by nearly one-fifth (19%) over the duration of a whole day.

The findings have been published by the Eindhoven University of Technology, which carried out the experiment in two adjacent streets in Hengelo in the Eastern Netherlands.

The University of Leicester in England conducted research combining the latest developments in brain and eye monitoring technologies to reduce the number of road accidents.

Funded by the Engineering and Physical Sciences Research Council (EPSRC), the research was undertaken with an objective to develop a system that automatically alerts drivers when they show signs of drowsiness.

The proposed system will be deployed in the vehicle and connected unobtrusively to the driver, with the EEG detecting brain signals that occur in the early stages of drowsiness.

The Institute of Advanced Motorists (IAM), an independent road safety charity in the UK, launched an initiative that aims to lift the ban on women driving in Saudi Arabia.

Currently, women living in Saudi Arabia, if caught driving, would face arrest, imprisonment and even flogging. The IAM feels that women drivers in Saudi Arabia should be given the freedom to drive.

Reasons behind the ban include the argument that driving would provide women with too much freedom and they would be more likely to be promiscuous, which would in turn result in moral decline in the country.

Panasonic developed new millimetre-wave technologies that can separately detect cars, pedestrians and bicycles, paving the way for the development of safety systems that can be used to avoid accidents occurring at intersections.

The high precision, wide field of view millimetre-wave technologies are capable of separately detecting cars, pedestrians and bicycles in less than 0.1 seconds, provided they are separated by 20cm.

These technologies will be applied to 79GHz radar and used in detection sensors to avoid accidents, thereby accelerating the adoption of advanced safety support systems.

Vietnam broke ground on the 140km-long Da Nang to Quang Ngai Highway, which is being constructed as part of the North-South Expressway. The $1.47bn project is being funded by the World Bank (WB) and the Japanese International Cooperation Agency (JICA).

The Da Nang to Quang Ngai Highway is expected to cut down the travel time between the provinces of Da Nang, Quang Nam and Quang Ngai. It will ease traffic congestion in the region, while enabling international transportation between Cambodia, Laos and Vietnam.

US FHWA and Solidia Technologies to develop new construction material

The US Department of Transportation’s Federal Highway Administration (FHWA) and Solidia Technologies entered into a cooperative research and development agreement to develop a new, durable, sustainable and cost-effective highway construction material.

Solidia Technologies has developed new technologies for the production of cement and concrete that, when combined, reduce carbon dioxide (CO2) emissions up to 70% while using less water, less curing time and lower kiln temperatures.

The Department of Transport (DoT) in Abu Dhabi announced the new Crash Analysis and Reporting System (CARS), as a part of continued efforts to enhance traffic safety.

The system, which aims to lower the number of serious crashes in the city, is part of collaboration between the Traffic Safety team at the DoT and the Abu Dhabi Police.

Expected to create 1,000 jobs, the project is a 57km public-private partnership (PPP) programme.

While the project was temporarily suspended due to Ireland’s economic climate, the NRA will now re-engage with its preferred bidder, Direct Route consortium.

The UK Government unveiled a series of proposals for consultation to improve parking rules in a bid to support shops and help with the cost of living.

The development came after several independent experts raised concerns about the harm aggressive parking policies cause to shops.

The UK Department for Communities and Local Government and the Department for Transport will publish details of several parking reforms, including stopping the use of CCTV for on-street parking enforcement; and new open-data on parking to allow the public to compare.