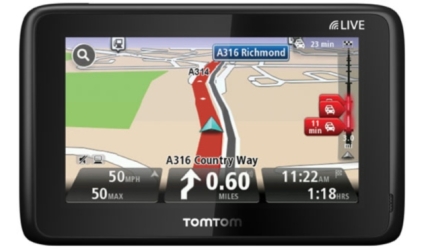 Stories of drivers following their GPS blindly through ploughed fields, down dangerous precipices and across perilous bridges have become the stuff of folklore and urban legend but as any insurance company will assure you, drivers will follow their GPS wherever it may lead, to the ends of the earth and over the edge if needs be.

March’s Satnav Summit, hosted by Norman Baker MP, Under Secretary of State for Transport, was assembled after respondents to the Department for Transport’s (DfT) Consultation on the Classification of Roads in December 2011 highlighted the problems and consequences of car and HGV drivers following out-of-date and inappropriate satnav directions.

The summit was organised by ITS (UK) and ADEPT and it was attended by satnav providers, highway authorities, the freight industry, satnav service providers and map providers all with the same intention in mind – to improve Satnav services and find new ways to make sure drivers spend more time on the straight and narrow and less time on winding paths to nowhere.

Maps are the key to trustworthy satnav services

Transport Minister Norman Baker opened the summit. He referred to satnav devices as "one of the most innovative and iconic objects of our time" and explained how satnav had democratised maps by making mapping information available without the need for processing map reading skills.

Participants heard about the specific problems that councils and drivers faced as well as the latest developments that satnav companies are putting in place.

"The summit found the maps used by satellite navigation devices are the key to the appropriate routing of vehicles."

It was confirmed by two sources (PIE – which creates online mapping and purposes data for satnav, mobile and third-party sites – and local authority (LA) Hampshire County Council) that the summit found the maps used by satellite navigation devices are the key to the appropriate routing of vehicles.

The obstacles preventing the most efficient and effective usage of maps included: the absence of a standard data format, the delay between authorities releasing new map data for satnav companies to use, lack of communication between parties and drivers not updating their devices and following out-of-date directions. The same set of issues exist for drivers of heavy goods vehicles (HGVs), but this sector has also been notorious for using car satnav systems rather than those specifically for HGVs resulting in many widely reported accidents and financial damage as drivers took inappropriate routes across the UK.

A single standard for satnav information databases – lessons from the Netherlands

The maps that satnav companies use are updated by new surveys, reports from highway authorities and by reports from users. Different map makers require the data in different forms and the data comes in different forms, so it was agreed that a more streamlined approach across the industry – "report once, update many" – would improve the process. Suggestions made for common standards were DATEX II (a new standard for traffic-related content) and INSPIRE (an EU standard for tagging geo-spatial data).

Mapping out the future – talking in-car data with TomTom

"The ideal process or automation for TomTom would be like what is, for example, being implemented in the Netherlands. The central government is setting up a central databank where all governments, national, regional and local, can post their changes or planned changes in one format, and in one central place. This databank is freely available for all commercial and non-commercial parties," said George de Boer, senior manager business development, TomTom.

The need for improved communication between parties and better leadership were also viewed as one of the most important obstacles to overcome and it was suggested that a central list of contacts named points of contact should be provided by LAs and map providers.

There was a time when incidents of HGVs causing damage to local infrastructure regularly hit headlines due to hauliers using car satnav systems rather than those meant for freight vehicles. However, since 2007 the Freight Transport Association has become more involved in trying to promote satnav services for hauliers – TomTom was the first.

The UK’s Highways Agency (HA) has entered into a deal with TomTom to feed real-time traffic information from England’s motorways and major A roads into the company’s satnav services for road users.

"TomTom has a unique product on the market for lorry drivers: the TomTom Pro Truck solution," said de Boer. This solution includes restrictions (height, weight, dangerous goods (HAZMAT) etc.) based on the dimension and load of the truck and special routing algorithms," said de Boer.

PIE currently works with around 470 LAs across the UK on its Freight Gateway service – a free-to-use freight journey planner that is accessible from LAs websites. It helps LAs to define the freight routing priorities and useful freight data that drivers and transport need.

"Our data collection team and processes involve working through a blend of paper-based records (TMO/TROs) or simply PDFs or sometimes digital CAD files or GIS files for features on the road network," said Freddie Talberg, CEO. "These include height restrictions, width and weight restrictions, lay-bys, on-street loading/unloading bays and on-street shopping restrictions, such as double and single yellow lines, and so on."

While what is happening on the road should ideally be reflected in a driver’s device this is often not the case. It was reported during the summit that TROs (Traffic Regulation Orders), changes to road numbering, road layout changes and route preferences by the highways authorities are essential to good maps but can sometimes be difficult to get hold of in a timely fashion. This can lead to situations where road signage and satnav information do not match, causing a crisis of confidence for the user who can then get into difficulties.

"A joint group, led by ITS (UK) and ADEPT, will be formed and organise regular meetings between LAs and the satnav industry."

Individual satnav companies, such as TomTom, operate their own processes to improve the flow of map data from LAs to their devices.

"TomTom is working on a process that will allow users to get map updates every 48 hours, however this quality of the content also depends on the timeliness of the information TomTom receives from local governments," said de Boer. "Currently the information is only shared every three, six or 12 months. For big changes on motorways, TomTom needs to ask the governments for input proactively. It would save valuable time if informing companies like TomTom on (planned) changes becomes a standard process within governments."

Even if parties communicate better, the use of a standard format is implemented and the process is streamlined, effective results all depend on whether the user is updating their device. It was discussed at the summit that while the facility exists for users to update their satnav maps, it is common for this either to not occur or to occur infrequently. Reasons cited were cost, lack of understanding and inertia.

This situation is changing, however, as smartphones are now becoming more and more widespread, which provides a tremendous opportunity to easily update remotely held maps rather than ‘wired in’, in-vehicle satnav devices. This in itself will make obsolete maps less of a problem as time goes on.

A focused future for all satnav devices

A joint group, led by ITS (UK) and ADEPT, will be formed and organise regular meetings between LAs and the satnav industry. The attention that the DfT is giving to this matter and the actions put in place to improve the processes has been well received by the various parties across the UK.

Navigation and Mapping: Plotting the Course for the Future

Increasingly accurate GPS information has already revolutionised the journeys of millions of motorists. And now, with all the technology’s primary applications effectively covered, enhanced mapping and improved integration look set to transform the industry.

"We welcome the initiative shown by the Department for Transport in bringing the industry and local authorities together at the Summit to identify what does and doesn’t work well and to take forward recommendations for improvements," said Councillor Mel Kendal, Executive Member for Environment and Transport on behalf of Hampshire County Council. "Heavy goods vehicle drivers in particular need the technology to be reliable if the impact of the transportation industry on local communities, especially rural communities, in terms of noise and disturbance, damage to buildings or congestion on local roads is to be minimised."