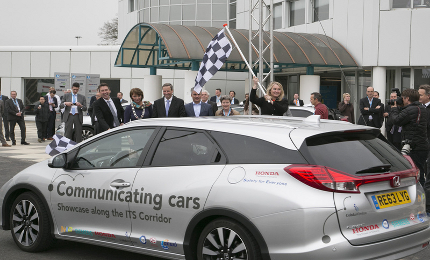 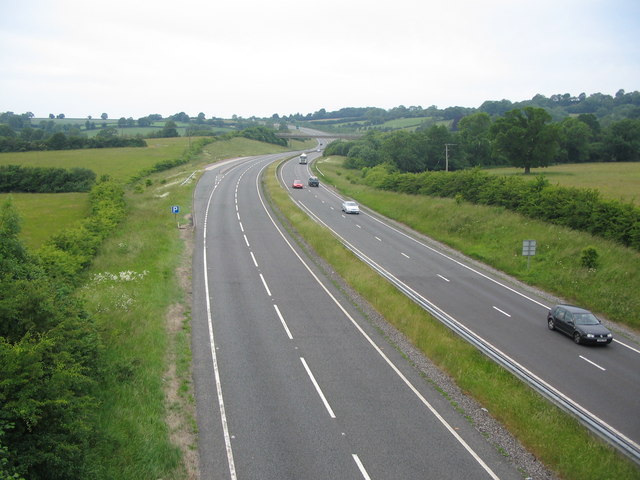 The prime minister unveiled the plan while addressing business leaders at the Confederation of British Industry’s (CBI) annual conference in London.

The plan seeks to invest on strategic road projects by the end of decade and it will include improvement to the existing roads, addition of extra lane miles on motorways and trunk roads, which will facilitate easy movement for the commuters.

The state of Uttar Pradesh in India laid the foundation on the 302km Agra-Lucknow Expressway, starting the construction on the Rs150bn ($2.43 bn) project.

The state will fund the project, which is expected to boost the economy of the sate and trigger industrialisation along the way.

The expressway is expected to cut the travelling time between Lucknow-Agra New Delhi and Lucknow.

The 110m-wide Agra-Lucknow Expressway will have six lanes, which can be expanded to eight depending on future requirements.

Cooperative ITS Corridor completed the ‘Communicating Cars’ test drive with leading industry partners and government officials from Austria, Germany and the Netherlands.

During the event, a convoy of five Honda smart cars started its drive through 1,300km of roads along the Cooperative ITS Corridor, which included ITS test fields in Munich, Vienna and Helmond.

The cars had been fitted with NXP secure communications technology, which helped in improving road safety and traffic flow.

The world’s first solar power-collecting roadway opened in Netherlands, which converts sunlight on the road surface into electricity to be used for road lighting and traffic systems.

The €3m SolarRoad project is the brainchild of a consortium consisting of the Netherlands Organisation for Applied Scientific Research (TNO), the province of Noord-Holland, Imtech and Ooms Civiel.

A 230ft-long solar panel has been placed along the N203 near Krommenie and Wormerveer, which is expected to be passed by 2,000 cyclists every day.

Japanese automaker Toyota Motor announced plans to offer anti-collision, safe-driving packages for its cars in 2015 to help prevent or mitigate collisions across a wide range of vehicle speeds.

To be offered in the form of two Toyota ‘Safety Sense’ packages, the technologies will be launched in 2015 and rolled out across most passenger models and grades in Japan, North America, as well as Europe by the end of 2017.

Two packages will be available depending on the vehicle type; a ‘C’ package for compact cars and a ‘P’ package for mid-sized and high-end cars.

The UK Government started work on the second phase of the smart motorway project in Greater Manchester.

The Illinois Department of Transportation (IDOT) in the US awarded a $5.5m research contract to UIC’s Artificial Intelligence Laboratory (AI Lab) to continue research, development and operation of the Gateway Traveler Information System and the TravelMidwest.com website.

Said to run through June 2016, the new research contract extends the relationship between IDOT and UIC’s AI Laboratory.

Co-principal investigator and project director on the contract John Dillenburg said the contract will allow the AI Lab to continue bringing real-time traffic information to travellers while creating new and improved software systems for traffic control.

BlipTrack collects, analyses and visualises real-time data. The sensors in the system use Bluetooth and Wi-Fi-enabled devices to collect data from passing vehicles. It can also be used to calculate journey times and traffic flow.

Data from third-party data sources such as ANPR cameras, radar, loops can also be analysed.