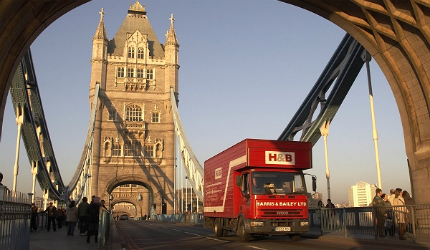 According to INRIX, the largest global traffic intelligence platform in the world, drivers waste 66 hours a year in London traffic.

With London’s Olympic Games and Paralympics hosting ten million ticket holders from July to September, travelling on the city’s roads means potentially more congestion than usual as adjustments and special rules are applied to the road infrastructure of London.

A special ORN – Olympic Route Network – with dedicated ‘Games Lanes’ for athletes and officials was implemented into London’s road network to accommodate the Games. This has meant that usual routes have changed and there is less room on the roads – meaning that road users have had to plan ahead and rely on up to date, accurate traffic and travel information in order to make efficient journeys around London.

Many travellers have found that Transport for London’s (TfL) Journey Planner – http://journeyplanner.tfl.gov.uk – is the best way to find the quickest journeys across London, and this tool is popular with commuters and offers routes through a combination of walking and public transport.

The special addition to this service is the ‘Spectator Journey Planner‘ from the London2012.com site that users are offered a transfer to if the search is relating to areas affected by the 2012 Games. This new tool provides best routes between Games’ venues. It also offers details on where park-and-ride sites are located, as there is no spectator parking at the games, and information on how to book (at www.firstgroupgamestravel.com/park-and-ride/) as all park-and-ride spaces must be booked in advance. To use this travel tool go to: www.london2012.com/spectators/travel.

INRIX Traffic for the iPhone, Android, Blackberry and Windows Phone is a free app that provides users with real-time traffic information so that delays can be avoided and the fastest routes obtained. Traffic forecasts are also offered, which help drivers to know what to expect on the roads on their next trip.

"Despite organisers’ best efforts, temporary event road closures and the Olympic Route Network combined with the 300 traffic-causing incidents that occur daily in the UK are sure to make travel unpredictable," said an INRIX spokesperson. "INRIX is providing consumers with some useful tools that give them instant access to the fastest routes."

The app uses billions of data points from a large network of drivers and traffic information systems to give accurate real-time traffic information. It covers main roads and secondary roads in more than 30 countries. Factors such as road works, accidents, events (such as the 2012 Games) police activity and historical traffic patterns are all taken into consideration. This enables the app to advise users on the best time to leave and the best route to take. For more information, and to download the app directly, go to www.inrixtraffic.com.

INRIX also provides London’s road users with a free radio service (@travelradiouk on Twitter) meaning that on-demand access to real-time travel conditions across all modes of transport is available at all times. It offers coverage of road, rail, sea and air transportation. By downloading the TuneIn radio app (http://tunein.com/mobile/) users can listen on demand via their smartphone (iPhones, Android, Windows Phones, BlackBerry, Palm and Samsung Bada are all catered for) or alternatively go to www.travelradio.org.uk.

TomTom offers its customers two major ways of dealing with the changeable London traffic and the adjustments in road network during the Games: through HD Traffic, which is part of TomTom’s LIVE services, and its Map Share service.

Map Share is currently available to all 65 million TomTom users, including customers of the iPhone app. Users share their changes and receive around 250,000 each month from other users. The last overall map update was made in May 2012, but to ensure that drivers can keep up with the continuous modifications map changes are currently being made by TomTom on a daily basis.

TomTom have got a team of around 20 people working on the daily map changes during the Olympics period. Sat nav users will be able to download the following day’s road changes to their device after 6pm each evening. The next day considered to be the most disrupted is 12 August – the men’s marathon – where more than 3,000 changes will be made.

"We want to ensure that our customers drive with the most up to date map available, taking into account the dynamic road changes resulting from upcoming events in the capital," said Tom Brown, TomTom’s UK country manager. "Our aim is to do all we can to give London drivers the best navigation experience possible."

HD Traffic is another useful tool for road users this summer. With the highest jam accuracy in the UK, HD Traffic uses anonymous phone signals of up to 80 million mobile phone users on the road and one million connected TomTom devices. Detailed incident reports and the length and causes of delays are all communicated so that drivers are aware, in real-time, of the best routes to take.

More information on how to access HD Traffic can be found here: www.tomtom.com/en_gb/services/live/hd-traffic/.

TfL’s Get Ahead of the Games website (www.getaheadofthegames.com) offers a wide range of information to help travellers plan their journeys into London.

"This allows road users to type in a London postcode to see if, where and when the surrounding roads will be affected during the Games," said a TfL spokesperson. It also provides explanatory information about how the ORN works, parking, downloadable daily bulletins and a Temporary Road Changes planning tool.

A Twitter feed to accompany the site, @GAOTG, is also provided which gives the latest traffic and travel information, as well as advice on what train stations to avoid. It also offers tips based on real-time information that could help make trips quicker.

TfL’s traffic news Twitter feed (@TfLTrafficNews) is constantly updated with traffic updates on London’s roads and @GAOTG retweets anything relevant for those travelling to, from and near venues.

The @TfLOfficial feed gives regular updates about public transport issues across the whole of London, but for Games-related issues it directs users to the get ahead site.

A Freight Journey Planner (www.tfl.gov.uk/2012freight), developed by PIE Mapping, has also been launched by TfL London. This is an online interactive tool that calculates the most appropriate route for operators to take during the Games based on the date and time of day, and the vehicle’s dimensions.