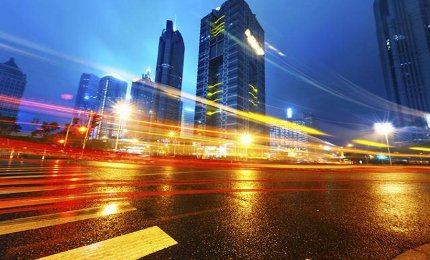 The researchers showcased the system at the recent Intelligent Transportation Systems World Congress in Detroit, US, where they received one of the best-paper awards for their system.

To form the simulations, the researchers used the data supplied by Singapore’s Land Transit Authority and then compared the RoadRunner with the same kind of system currently in use in Singapore.

General Motors (GM) is to develop advanced driver assist and vehicle-to-vehicle (V2V) communication technologies for its 2017 Cadillac model, with the aim of making roads safer.

Similarly, the V2V communication technology will send and receive basic safety information, such as location, speed and direction of travel between two nearby vehicles, and will be able to warn drivers to prevent traffic collisions and improve traffic congestion on roads.

GM is also working on a fully automated vehicle. However, the company claims that it would require 360° of risk detection and enhanced driver assist features, supported by powerful software.

Indonesia is to begin construction on the IDR300tn ($25bn) Trans-Sumatra highway road project in October.

The project is part of the Indonesian Government’s master plan for the acceleration and expansion of Indonesian economic development (MP3EI) infrastructure project programme that started in 2011.

The Australian and Victorian Coalition Governments selected the East West Connect consortium to develop the first stage of the East West Link toll road in Melbourne.

Under the deal, PTV Group is integrating INRIX XD Traffic into its PTV Optima, which is a traffic management tool that collects, compares, validates and combines data from a number of sources. It also provides transport authorities with traffic information about the entire road network for every 60min.

The integration of PTV Optima with INRIX XD will provide real-time information on traffic speeds and travel times, which can be used by transportation agencies to improve the road network of the local area.

The Florida Department of Transportation (FDOT) in the US selected I-4 Mobility Partners team for the state’s $2.32bn I-4 Ultimate project.

The I-4 Ultimate project is being implemented in a public-private partnership (PPP) model to design, build, finance, operate and maintain 21 miles of I-4 from west Kirkman Road in Orange County to east of State Road 434 in Seminole County.

Work under the project includes reconstruction works on 15 major interchanges and the general use lanes along the corridor, as well as the construction of more than 140 bridges and four new variable-priced toll express lanes.

Mercedes-Benz launched a new Blind Spot Assist technology, which aims to prevent accidents between trucks and other road users such as pedestrians or cyclists.

The key feature of the Blind Spot Assist is a radar sensor deployed in front of the truck’s rear axle on the co-driver’s side.

The system covers the entire length of a semi-trailer or a truck, giving the driver a complete view of other road users and stationary obstacles, especially while turning corners and changing lanes towards the co-driver’s side. 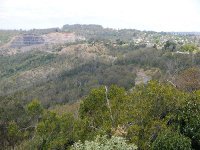 The shortlisted companies include Range Connect, RangeLink and Nexus.

The TSRC is a 41km bypass road running north of Toowoomba from the Warrego Highway at Helidon in the east to the Gore Highway at Athol in the west through Charlton.