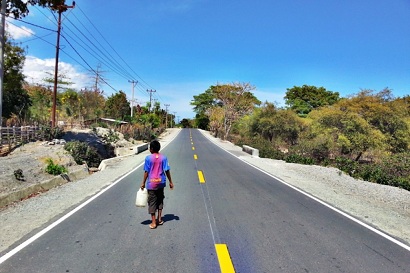 The Asian Development Bank (ADB) has signed an agreement with the Government of Timor-Leste, confirming additional funding of approximately $12m for the Timor-Leste Road Network Upgrading Project.

The new ADB fund will be used to upgrade a 5km section of road along a key route, which will link Dili to Tibar Bay to Gleno.

Tibar Bay is the site of the country’s planned new international port, while Gleno is the centre of an important coffee-growing region.

"Creating a shorter and safer route between Dili and Tibar Bay, the site of a planned international seaport, will make it easer and less costly to transport goods."

ADB country director Shane Rosenthal said: "Creating a shorter and safer route between Dili and Tibar Bay, the site of a planned international seaport, will make it easer and less costly to transport goods, and enhance the Tibar Bay area as a place to do business."

The actually project supports road upgrades from Tibar Bay to Gleno and Liquica, while the latest section targeted for improvement is part of the key north coast road linking Dili with Indonesia, as well as the western towns of Maliana and Bobonaro.

The project also includes upgrading from Tibar to Liquica and complements another road initiative funded by an ADB grant, which together will upgrade 57km of roads from Tibar to Batugade, on the border with Indonesia.

These upgrades are known to be the first major road improvements to be undertaken by Timor-Leste since independence in 2002.