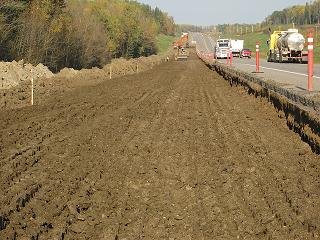 The Government of Alberta in Canada is set to invest C$5bn ($4.46bn) over the next three years to expand and rehabilitate the highway network in the northern parts of the province.

As part of the three-year construction programme, over 2,500km of existing provincial highways, mostly in the northern regions, will undergo rehabilitation.

Alberta transportation minister Wayne Drysdale said: "We recognise the importance of nothern Alberta to our local, provincial and federal economies.

"Some of the largest population growth in the province is anticipated in the north and we need to prepare for that."

Some northern Alberta projects currently underway or planned include a new, 3km northbound climbing lane on Highway 40 between Grande Cache and Grande Prairie; more than 200km of road rehabilitation, including work on Highways 2, 16, 40, 43, 44, 55, 60 and 881; and preservation work on the Meikle River bridge.

"We recognise the importance of nothern Alberta to our local, provincial and federal economies."

The projects also include about $4m of work on the Redwillow Bridge on Highway 722 to replace the concrete deck with a steel deck; completion of Highway 43 twinning through Sturgeon Lake; and completion of a roundabout at Highways 44 and 633.

Image: Construction on Highway 63. Photo: courtesy of Government of Alberta.