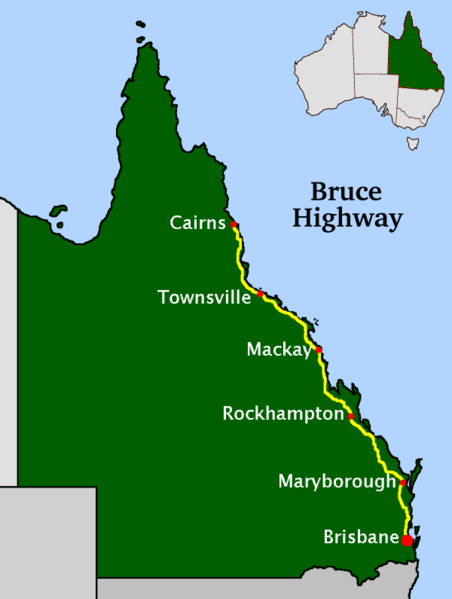 Bruce Highway in Queensland has been named as one of Australia’s most dangerous roads, according to a report by the Australian Automobile Association (AAA).

It also constitutes two-thirds of the top 15 most dangerous sections of national highway in Queensland, accounting for 50% of crashes and 61% of deaths during 2005-2009.

The section between Miriam Vale and Rockhampton was one of the top 15 dangerous sections of national highway in the state during the period 2005-2009, reporting 15 fatalities.

Stretches of the Pacific Motorway, Julia Creek to Barkly highway, New England and Cunningham highways, were the others that were rated poorly.

The AAA report rates 17% of the nation’s highways as ‘high risk’, an improvement of 6% since the last report in 2007, and it rates 23% of the county’s roads as ‘low risk’, an 8% improvement on the period previously reported.

The study noted that major, well-travelled highways need continual investment to improve safety, but a list of the ‘worst links’ in each state revealed that many smaller highways are being over represented in the statistics.

The report, however, revealed that some progress has been made to improve the network. It suggested that a wide range of relatively low-cost treatments are available to improve the safety of rural roads, which these include removing roadside hazards or protecting them with barriers, providing or sealing shoulders and installing tactile edge lines to alert drivers who stray off the road.

Image: The 1700km Bruce Highway spans from Brisbane and Cairns and accounts for one in six road deaths on the entire Australian road network. Photo: Gaz.