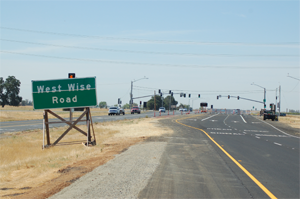 The California Department of Transportation (Caltrans) has announced the completion of a $23m four-lane extension of the Lincoln Bypass in Placer County.

The new project will help to reduce travel times for approximately 20,000 motorists, who drive on the bypass every day.

Caltrans director Malcolm Dougherty said: "The widening will mean further relief in traffic congestion and enhance the movement of goods."

Construction crews have worked over the weekend to open the new road section to southbound traffic, while the northbound section between West Wise and Nelson remains open to only one lane of traffic.

With the completion of the new phase, roughly two-thirds of the Lincoln Bypass now has four traffic lanes.

"The widening will mean further relief in traffic congestion and enhance the movement of goods."

Construction on Phase 2B, which will widen the final three-mile section of the bypass, will begin once the funding becomes available.

Proposition 1B have funded $69m for both phases of the bypass project, which is approximately 22% of the entire $315m project.

The new bypass aims to helps move traffic around Lincoln, reducing congestion in the region.