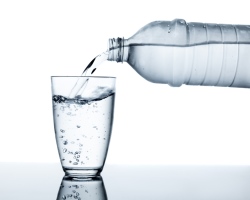 A new research conducted by Loughborough University in the UK reveals that mildly dehydrated drivers make the same number of mistakes as drunk drivers.

For the study, which was sponsored by the European Hydration Institute, the university researchers used a laboratory-based driving simulator to perform a range of tests on male drivers over two days.

There were 47 driving incidents during the normal hydration test, but when the drivers were dehydrated the number increased to 101, which represents a similar number to what might be expected if the drivers are drunk.

Various driver errors were calculated and compared for each condition, which include lane drifting, late braking, and touching or crossing the rumble strip or lane line.

Loughborough University Emeritus Professor of Sport and Exercise Nutrition Ron Maughan said: "We all deplore drink driving, but we don’t usually think about the effects of other things that affect our driving skills, and one of those is not drinking and dehydration.

"Our findings highlight an unrecognised danger and suggest that drivers should be encouraged to make sure they are properly hydrated."

"There is no question that driving while under the influence of drink or drugs increases the risk of accidents, but our findings highlight an unrecognised danger and suggest that drivers should be encouraged to make sure they are properly hydrated."

The researchers noted that the levels of driver errors are similar to those found in people with a blood alcohol content of 0.08%.

In the wake of driver errors accounting for 68% of all vehicle crashes in the UK, the European Hydration Institute (EHI) is urging drivers to be cautious and stay hydrated before setting off on journeys specifically on hot days.

EHI director Jane Holdsworth said: "Anecdotal evidence suggests that many drivers avoid drinking on long journeys to minimise bathroom stops, yet we know that even mild hydration can cause symptoms such as headache, tiredness and lethargy.

"Driver error is by far the largest cause of road traffic accidents and the EHI wanted to test whether mild hydration had an impact on the incidence of common driver errors."