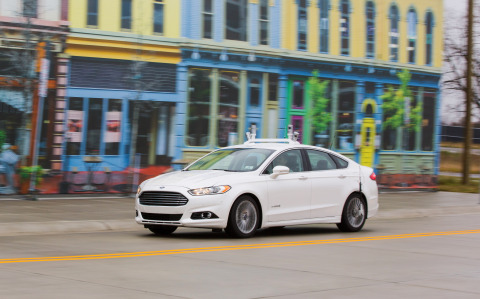 The vehicle’s hardware systems will be able to interact continuously with the virtual driver.

The 200m sensors are called Solid-State Hybrid Ultra PUCK Auto due to their hockey puck-like size and shape.

The lightweight, sleek design of the sensor makes it easier to be installed on a vehicle and its improved targeted view allows the company to reduce the amount of sensors from four to two on the new autonomous vehicles.

Image: Ford plans to add 20 third-generation self-driving test vehicles in the US. Photo: courtesy of Ford.