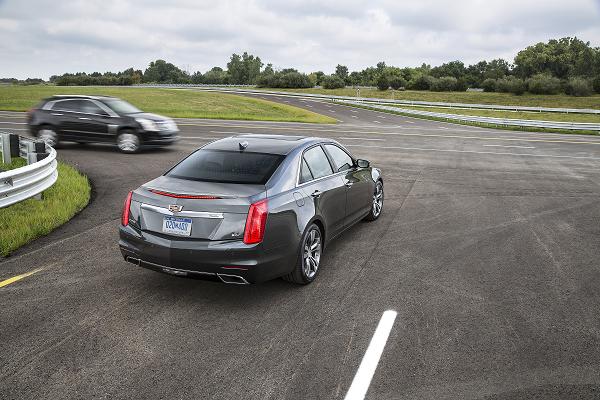 General Motors (GM) is to develop advanced driver assist and vehicle-to-vehicle (V2V) communication technologies for its 2017 Cadillac model, with the aim of making roads safer.

Speaking at the Intelligent Transport System (ITS) World Congress in Detroit, US, GM CEO Mary Barra said: "A tide of innovation has invigorated the global auto industry, and we are taking these giant leaps forward to remain a leader of new technology.

"We are not doing this for the sake of the technology itself. We are doing it because it is what customers around the world want. Through technology and innovation, we will make driving safer."

"Through technology and innovation, we will make driving safer."

Barra added: "With Super Cruise, when there is a congestion alert on roads such as California’s Santa Monica Freeway, you can let the car take over and drive hands-free and feet-free through the worst stop and go traffic around.

"And if the mood strikes you on the high-speed road from Barstow, California, to Las Vegas, you can take a break from the wheel and pedals and let the car do the work."

Similarly, the V2V communication technology will send and receive basic safety information, such as location, speed and direction of travel between two nearby vehicles, and will be able to warn drivers to prevent traffic collisions and improve traffic congestion on roads.

GM is also working on a fully automated vehicle. However, the company claims that it would require 360° of risk detection and enhanced driver assist features, supported by powerful software.

Barra added: "Commercialising a fully automated vehicle may take until the next decade, but the work we’ve done so far has given us invaluable insights into things like sensor fusion, which we use today on vehicles, such as the Cadillac CTS, which has a total of 18 electronic eyes."