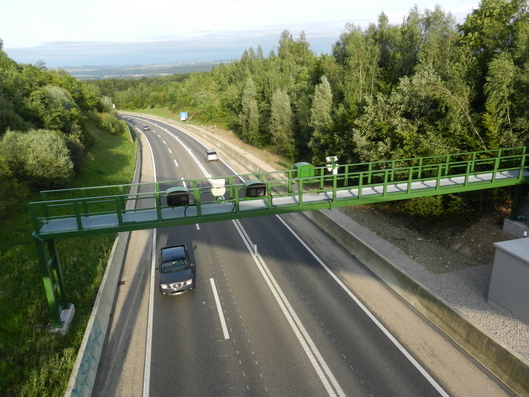 Jenoptik will start installation and testing of its speed control technology from March in Lower Saxony, Germany, as part of a project to monitor speed control on highways.

The traffic solutions division of Jenoptik won the tender for the Germany-wide section of the 18-month speed control pilot project, under which an average speed control system will be initially tested in Lower Saxony.

For the project, the company will supply a system from its TraffiSection product range to monitor the speed limit on a 3km-long section on Federal Highway 6 south of Hanover.

According to Jenoptik, the test phase of the laser scanner-based technology will begin in April.

The technology makes it possible to identify drivers and document records of traffic offences accurately.

"Our modern technology for section speed control has already contributed to increase traffic safety in other countries."

Germany’s national metrology institute Physikalisch-Technische Bundesanstalt (PTB) has to approve for Germany in the course of 2015 which will allow the system to go into full operation, probably in late 2015.

"It has been used successfully for several years in the UK, in Austria and Switzerland, as well as in Kuwait."

The company uses its laser scanner-based TraffiSection technology for section speed control, which measures average speeds over an extended stretch of highway using measuring systems and cameras at the entry and exit points.

Average speed control using the technology offers advantages for modern traffic monitoring and the limit can be monitored cost-efficiently with the aim of achieving increased traffic safety.

This is said to result in harmonise the traffic flow and prevent traffic jams from forming.

The TraffiSection system is claimed to be suitable for stationary and longer-term applications such as in tunnels, and for mobile, short-duration use.

Image: Jenoptik TraffiSection system has been in use in multi-section operation on the Swiss A9 motorway between Lausanne and the French border crossing since late 2014. Photo: courtesy of Jenoptik.