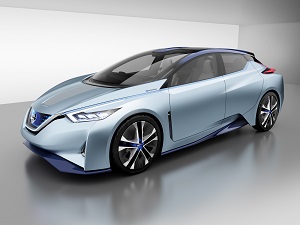 Nissan’s IDS Concept is the company’s version of autonomous drive technology and is part of its plans to equip the technology on multiple vehicles.

"Nissan Intelligent Driving improves a driver’s ability to see, think and react. It compensates for human error, which causes more than 90% of all car accidents.

"Nissan’s forthcoming technologies will revolutionise the relationship between car and driver."

"As a result, time spent behind the wheel is safer, cleaner, more efficient and more fun."

Nissan tested its autonomous drive (AD) vehicle in Japan in August 2013, and plans to launch commercially viable AD vehicles on roads worldwide by 2020.

AD is more suitable for urban environments, where the chances of being involved in an accident are ten times higher than on highways, the car maker said.

The vehicle’s systems recognise road lanes, surrounding traffic, and traffic signs and signals. With AD, the number of accidents is decreased while the drivers can navigate through narrow lanes and intersections.

In addition to the IDS Concept, Nissan will also showcase Teatro for Dayz, a concept that enhances the use of mobile technology in cars.