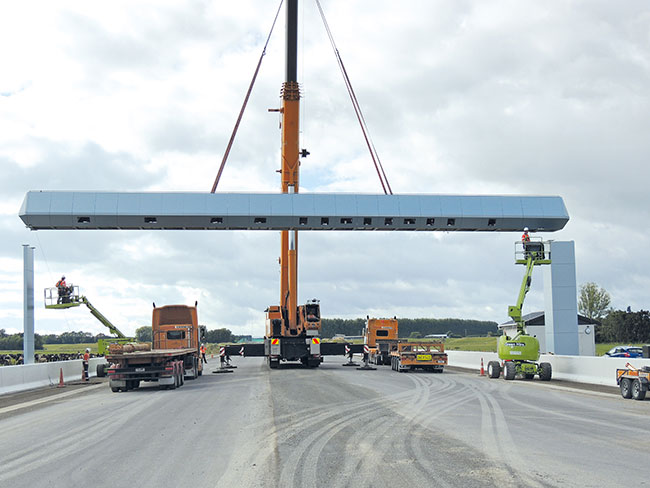 The New Zealand (NZ) Transport Agency has announced the installation of one of the 9m-high electronic tolling gantries on the Tauranga Eastern Link (TEL).

In April, the second toll gantry will be built on Tauranga’s Route K (Takitimu Drive), when the agency takes ownership of the road from Tauranga City Council in July 2015.

"Motorists have been using the electronic toll system on the Northern Gateway Toll Road (NGTR), north of Auckland, since 2009, however technology has moved on since the dual-gantry on the NGTR was installed," Wilson said.

"Each gantry has 16 cameras, which will capture an image of the vehicle’s front and rear registration plates using the latest optical character recognition technology."

He also stated that all technical elements are housed inside the gantry cladding, as well as in the technical shelter on the roadside, resulting in a sleek design.

The use of the free-flow systems in Auckland and Tauranga will eliminate the need for toll booths and allows drivers to travel straight through.

"Each gantry has 16 cameras, which will capture an image of the vehicle’s front and rear registration plates using the latest optical character recognition technology," Wilson added.

The cameras will be able to determine the size and type of the vehicle by reading the registration plates.

Shipped into Tauranga in December, the TEL gantry was and installed at the toll point, between the Kaituna River bridge and the future Rangiuru Business Park interchange, near the Paengaroa roundabout.

The transport agency is also upgrading the backend tolling system to offer customers a range of ways to pay their tolls.

The new tolling system is set to be operational in early July.