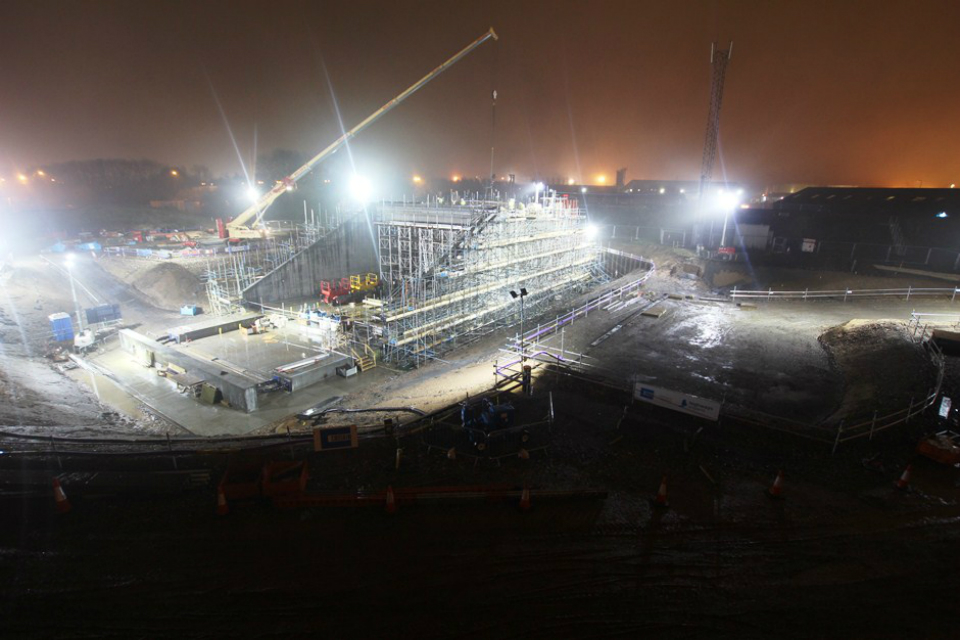 The A160 / A180 Port of Immingham improvement project has reached an important milestone with a 4,000 tonne bridge at Rosper Road in Immingham ready for installation, under the railway line on which freight trains between the Port of Immingham and Ulceby travel.

More than a 100 contractors are involved in the Highways England project works, which would bolster road access to one of the busiest ports in the UK.

The project is a part of the government’s five-year road investment strategy.

The contract entails upgrading a three mile section of the A160 between A180 and the port to a dual carriageway along its entire length.

The bridge will be made to slip into position with the help of four hydraulic jacks weighing more than five tonnes each. Around 20,000 tonnes of earth have been dug up from the current rail embankment.

"This new bridge project supports the aims of our Railway Upgrade Plan which will see us invest around £100 million upgrading signalling this Christmas."

The team will work with 40 and 20 tonne excavators, 35 tonne long reach excavators, a bulldozer and eight dump trucks, for the task.

The construction of the bridge began in July and took 100,000 working hours for completion.

Highways England will take over the site from Network Rail on 24 December for 76 hours in order to complete the work.

The bridge slide installation marks the completion of an important milestone in the Highway England’s £88.4m A160 / A180 Port of Immingham improvement project.

The Port of Immingham project also involves improvements to be made to junctions on the route. These include a new roundabout route at the junction with the A180, along with the construction of a new bridge over the A160 on Town Street, and a new road beneath the railway line by the port.

Network Rail route managing director Mark Tarry said: "This new bridge project supports the aims of our Railway Upgrade Plan which will see us invest around £100 million upgrading signalling this Christmas to better support economic growth at the Port of Immingham."

The Port of Immingham road improvement project was initiated in March this year and is slated for completion in Autumn 2016.