X
Advertise with us
admin 4 November 2014 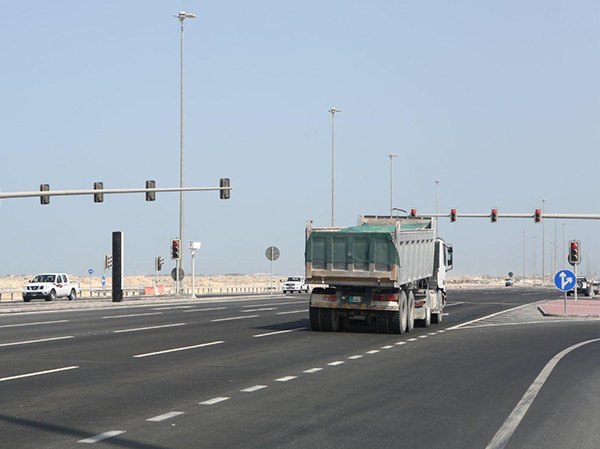 While the road has been opened for public use, some complementary works are being carried out on the sides of the road simultaneously.

With the aim of improving traffic safety, streetlights have been put up along with cameras at traffic signals to monitor traffic violations on the four new intersections.

In addition to increasing the number of lanes from one to four in each direction, the improvement work included the setting up of four new intersections.

"We have mixed asphalt in construction materials to achieve longer durability of the asset."

The road provides an alternative road to Ras Laffan Road that links Ras Laffan and Al Khor Street and serves traffic travelling from and into Ras Laffan Industrial City.

The Al Huwailah Link Road is connected to the North Road at Al Huwailah intersection and is an important part of Ras Laffan Industrial City’s future expansion plans.

The Peninsula quoted project manager Ahmed Shawqi El Warraky as saying: "Given the movement of heavy vehicles on the road from Ras Laffan Industrial City to Al Shamaal Road, we have mixed asphalt in construction materials to achieve longer durability of the asset.

"The road has been designed for a maximum speed of 80km/hour."

Image: Al Huwailah Link Road leading to Ras Laffan has been converted into a four-lane road. Photo: courtesy of Ashghal.