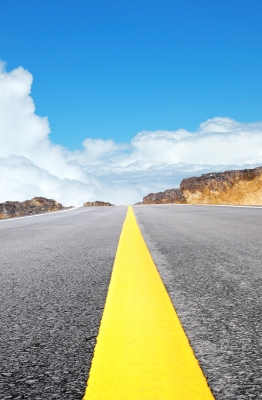 A new study has revealed that road development projects in India have shown a significant pick-up in execution due to faster clearances by agencies and implementation by contractors.

The study on the status of road projects awarded in the last fiscal, by India’s independent research house CRISIL Research, noted that the pick-up is expected to improve the returns for the developers of build-operate-transfer (BOT) projects.

Companies engaged in the road construction, namely engineering, procurement and construction (EPC) contractors, also benefit as the projects race ahead.

The study also revealed progress in some of the projects awarded last fiscal has already seen as much as 40-50%.

Compared with 10-12 months earlier, it is currently expected to take on average only seven months to achieve the ‘appointed date’ after the award of a project.

CRISIL Research director Rahul Prithiani said: "This is a welcome respite and augurs well for the road sector.

"There will be a healthy improvement in the profitability of EPC companies as their working capital cycles will contract and overhead costs reduce."

"In the last five years, 90% of the national highway projects completed were delayed because of lack of environmental clearances, non-availability of land, funding constraints, etc.

CRISIL Research senior director Prasad Koparkar said: "If the government swiftly implements the measures already announced, and continues with efforts to further streamline approvals, we expect average delays to come down to less than six months over a period of time.

"For developers, that will be a big advantage because project returns can improve by at least 200-300 basis points. Further, there will be a healthy improvement in the profitability of EPC companies as their working capital cycles will contract and overhead costs reduce."

Image: Work has already started on 12 of the 16 projects awarded in 2013-14. Photo: courtesy of twobee from FreeDigitalPhotos.net