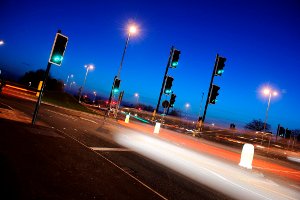 The UK Government has granted £317m for the ongoing upgrade work on motorways and major trunk roads, which is slated for delivery by mid-2015.

Said to form part of the biggest programme of road improvement since the 1970s, the upgrade work is expected to cut down congestion and increase safety, while improving journey times.

"The upgrade work is expected to cut down congestion and increase safety, while improving journey times."

As part of the improvements at both junctions, additional lanes will be added on some approach roads and sections of the roundabouts and new traffic signals will be installed to increase capacity.

According to Siemens, work is expected to be completed by mid-2015.

The north section of the roundabout at Junction 3 is being signalised and replacement is set to take place at existing signals on the westbound exit slip road with the addition of extra lanes.

Similarly, the north-east and north-west sections of the roundabout at Junction 5 are being signalised and signals already on the eastbound exit slip road are being replaced.

All sections of the roundabout of Junctions 3 and 5 will be linked to UTC.