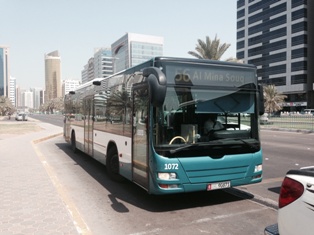 The UAE Government has revealed plans to install smart gates on the main roads linking the capital city of Abu Dhabi to other parts of the country.

The authorities plan to install the gates at every 4km to 6km to enforce speed limits and prevent fog-related accidents.

The new system is already under operation before Al Rahma Mall on Dubai-Abu Dhabi Road.

Abu Dhabi Police traffic systems engineer Marzouq Saeed al Zaabi was quoted by Arabianbusiness.com as saying: "There have been a lot of fog-related accidents on these roads.

When road visibility decreases, drivers will be cautioned to reduce their speed and remain cautious, but these recommendations will not bind on them given that there is no official speed limit in low-visibility conditions.

The gates are expected to be installed on Dubai-Abu Dhabi Road next year, with installation at rest of the roads expected to begin in the near future.

The government also intends to launch an awareness campaign by December.