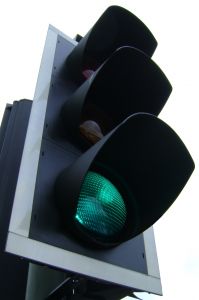 The UK’s Highways Agency is set to begin work on a new project to reduce traffic congestion and improve safety at Preston Boats and Emstrey Islands on the A5 in Shrewsbury, on 9 June.

The new scheme will improve the layout of both islands, and will involve installation of traffic lights to tackle congestion especially at rush hours.

As part of the UK Government’s pinch-point programme, the project will completely redesign Preston Boats island, replacing the current roundabout with a junction and traffic lights.

The scheme will also benefit Emstrey island by widening several approaches, as well as the island itself to provide three lanes with traffic lights.

"To minimise disruption, we will carry out the majority of the work with lane closures at night, but some full closures will also be needed between the hours of 7pm and 7am," Kenny said.

"I advise people to leave longer for their journeys as diversions will be necessary."

"I advise people to leave longer for their journeys as diversions will be necessary at times and reduced speed limits will be in place to protect workers and the public."

The overall project is scheduled to be completed in December this year.

UK’s pinch-point programme is a part of the government’s growth initiative, outlined during the chancellor’s Autumn Statement in November 2011.

Image: The new scheme will improve the layout of both islands, and will involve installation of traffic lights. Photo: courtesy of Alistair Gollop.