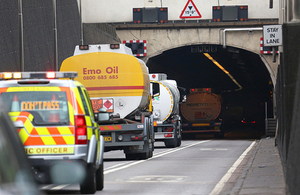 The UK Government has announced its decision to undertake detailed planning for two location options for a new Lower Thames Crossing in London.

The decision follows the UK Department for Transport’s response to the public consultation on crossing location options, which generated more than 5,700 responses.

In December 2013, the government announced that it would remove one of three locations in the consultation and work on the remaining alternatives, namely ‘option A’, which is close to the existing crossing, and ‘option C’ that connects the A2 and M2 to the M25 through the A13.

"The Dartford Crossing is a crucial part of the country’s strategic road network."

As part of the latest decision, route options will be developed and appraised in detail at each location.

With the new decision in place, the UK Highways Agency will be able to assess the effect of the new ‘Dart Charge’ remote payment system, which will improve driving conditions at the existing Dartford-Thurrock crossing when it is introduced in October.

Transport secretary Patrick McLoughlin said as part of the M25 orbital route around London, the Dartford Crossing is a crucial part of the country’s strategic road network.

"Without causing any delay in the delivery of the crossing, the work allows the department to choose the best option for local people and the region’s economy, helping to boost transport links and economic growth," McLoughlin said.

Image: Route options will be developed and appraised in detail at each location. Photo: courtesy of UK Department for Transport.