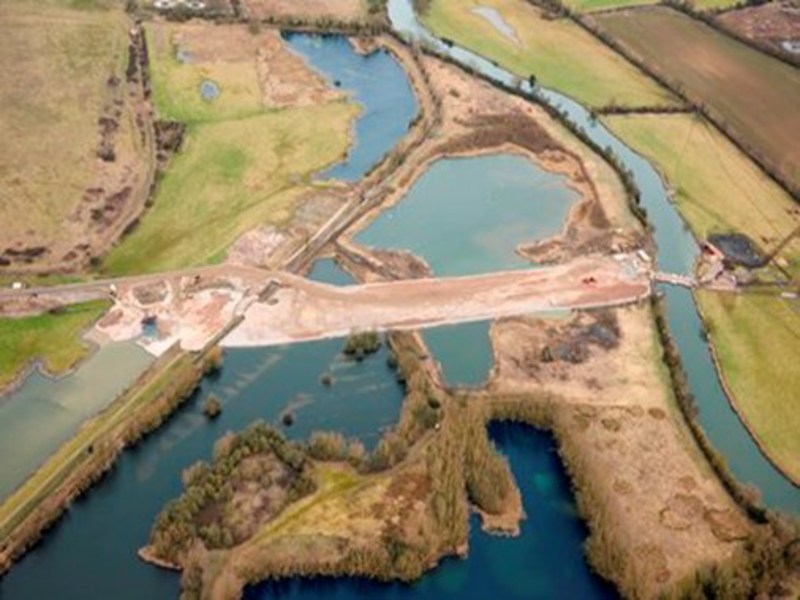 New aerial images of A14 project in the UK have shown steady progress of upgrade works being carried out by a four-way joint venture comprising Balfour Beatty, Carillion, Skanska and Costain.

The project started in November last year between Cambridge and Huntingdon is reported to be one of the biggest road upgrades in the UK involving an investment of £1.5bn.

Project works include widening of a seven-mile road stretch on the A14 in each direction (across two sections), construction of a new bypass south of Huntingdon, and widening a three-mile section of the A1.

"The project’s earthworks team has been involved in stripping and moving top soil over more than 17 miles of the development."

Demolition of a viaduct at Huntingdon will support improvements in the town will also be part of the project.

Currently, the construction team has installed foundations and bridge columns for some of the project’s 34 new bridges that can be witnessed alongside the new road.

The project’s earthworks team has been involved in stripping and moving top soil over more than 17 miles of the development’s total length of 21 miles to create several sections of the future new road.

Works have been carried out at the Huntingdon bypass, the new Swavesey junction, and the five-mile long local access road, which will establish a new connectivity among the local communities between Huntingdon and Cambridge without the need to use the A14.