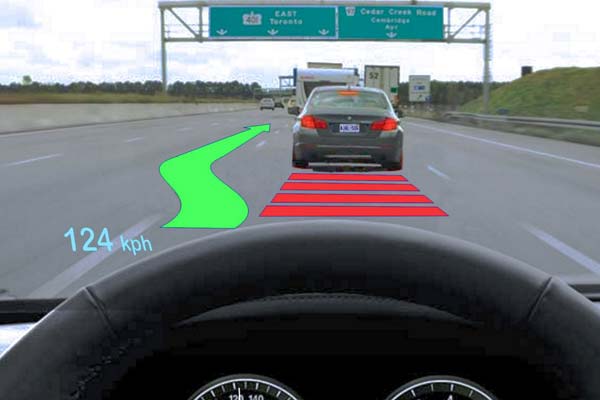 Researchers from Canada’s University of Toronto (U of T) have revealed that augmented-reality head-up displays (AR-HUDs), which are meant to make driving safer, are a threat to safety.

A study showed that drivers will be more distracted by these AR-HUDs, which provide digital images on windshields to alert drivers from possible collisions or smartphone activity.

U of T psychology professor Ian Spence has investigated what happens when two sources of information are present in the same visual field.

Spence noted: "Drivers need to divide their attention to deal with this added visual information.

"Not only will drivers have to concentrate on what’s happening on the road around them as they’ve always done, they’ll also have to attend to whatever warning pops up on the windshield in front of them."

"Drivers need to divide their attention to deal with this added visual information."

The professor and his students have designed two tests to measure the impact of this added visual information.

As part of these tests, participants first completed a series of computer-based trials in which they reported a number of randomly arranged spots (between one and nine) displayed on a screen as quickly and accurately as possible when prompted.

In some trials, they were presented with a secondary stimulus in the form of a black-outlined square, and were asked to report whether they saw it or not.

The tests show that the spots and shape were displayed together and the shape appeared unpredictably in only some of the trials.

When the square was absent accuracy was high, suggesting little attention was required to confirm that the square had not appeared but when the square appeared along with a small number of spots, it was missed about one in 15 times on average.

The study showed that when the number of spots increased, the rate climbed to one in ten instances, suggesting that if attention is increasingly occuped by the primary task, participants will have more difficulty attending to the secondary task stimulus.

Spence further noted: "It would be necessary to distinguish, for example, between warnings of a collision and a recommendation to make a turn.

"Otherwise, competing warnings may be more dangerous than no warning at all."

In order to test this, the researchers asked participants to identify the appearance of a random distinctive shape among the spots.

Participants have observed that again, the spots and shape were displayed together, and the shape appeared unpredictably much as an AR display would only appear when something is happening outside the vehicle.

In cases with larger numbers of spots, the shape was often misidentified or missed altogether and as with the first experiment, estimating the number of spots was more difficult when the shape appeared, the researchers noted.

Spence said: "Observers made both judgements more slowly when the shape appeared among the spots by as much as 200%.

"The two visual tasks interfered with each other and impaired both reaction speed and accuracy.

"Missed warnings and slowed reaction times present real threats to safety. Furthermore, this rivalry for the driver’s attention is most likely to occur when the driving environment is demanding."

Image: Warnings and driving suggestions will appear occasionally with augmented-reality displays. Photo: courtesy of the University of Toronto.