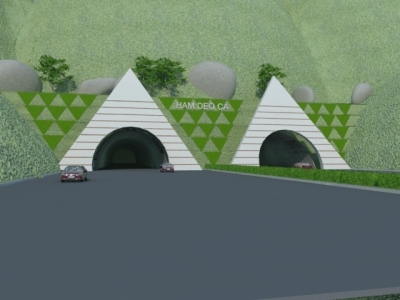 Vietnam will begin construction of a 14.5km tunnel underneath the Ca mountain pass on 19 May this year.

Costing $748.8m, the tunnel will be built between the Dong Hoa district in Phu Yen province and Co Ma Pass in the Van Ninh district, Khanh Hoa province.

Ca Pass tunnel is described as an important project in the network of highways, connecting the north and south of Vietnam.

The existing road across Ca Pass runs for 12km, with many sharp and dangerous bends on National Highway 1A.

Upon completion, the Ca Pass tunnel will improve access to the National Avenue 1A through the Central South region; it will also promote financial development in the Highland and Central regions by connecting the two key economic zones of South Phu Yen and Van Phong (Khanh Hoa).

The development will reduce journey time by nearly half a mile through the Ca mountain pass, helping to decrease damaging expenditure for vehicles as well as accidents.

Once complete, the Ca Pass will be the third tunnel on the north-south axis road along Vietnam’s central coast. The project was conceived by Ministry of Transport (MOT) from March 2001 and pre-feasibility study report was prepared by Transport Engineering Design (TEDI).