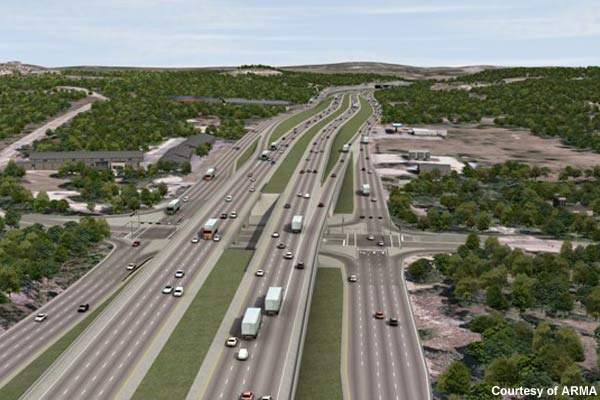 Rendering of the intersection at Bulvedere Road with the 281. 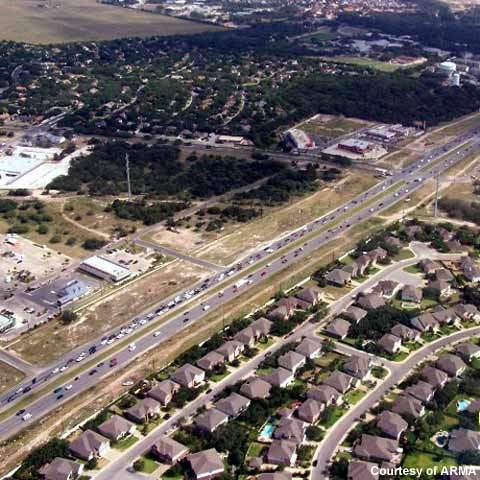 The $330m project involves the design and construction of eight miles of road layout. 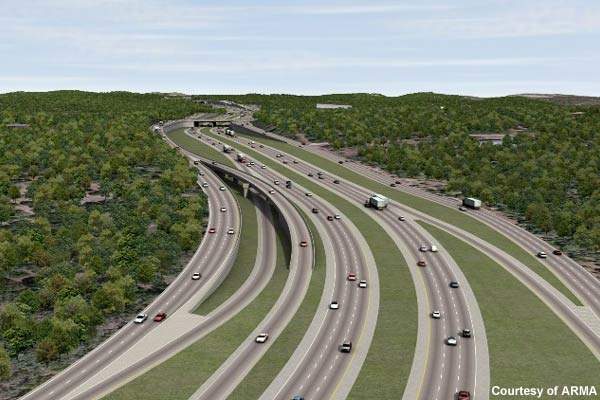 Rendering of an intersection at 281 and Marshall. 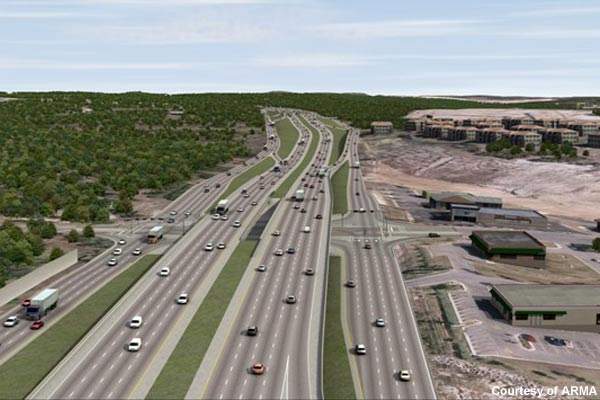 The 281 North Toll project is an added-capacity toll lane situated in Bexar County, San Antonio, US. The $330m project involves the design and construction of eight miles of road layout for US 281 from Loop 1604 to Marshall Road.

The road layout will expand the right of way from 200ft to more than 400ft in some sections and includes the construction of tolled express lanes and the relocation / rebuilding of non-tolled lanes.

“The $330m project involves the design and construction of eight miles of road layout for US 281 from Loop 1604 to Marshall Road.”

The project will relieve congestion and increase traffic capacity. The two-phase project is being run by the Alamo Regional Mobility Authority (ARMA), which has been working with the Texas Dept of Transportation (TxDOT) since 2007.

Construction was due to begin in late 2008 / early 2009 on a section from Loop 1604 to Marshall Road, with completion estimated for late 2010. It was, however, delayed as a further environmental review was required. The construction work started in February 2011.

The project is currently on hold pending the completion of a new Environmental Impact Statement (EIS). The EIS is scheduled for completion by 2012. Based on the final EIS, a preferred alternative will be selected in 2013.

In February 2008 a lawsuit was filed against the project by environmental groups Texans Uniting for Reform and Freedom (TURF) and Aquifer Guardians in Urban Areas (AGUA). TxDOT then uncovered a possible problem with an endangered species study and brought it to light in court.

As a result, in October 2008, with the design phase 30% complete, the project was put on hold for a further three to four years until the environmental studies could be repeated under the leadership of Alamo RMA.

In February 2008, ARMA employed a consultant to prepare an EIS. Short-term fixes that did not require environmental clearance were immediately undertaken.

In the 1980s, the 281 was upgraded from a four-lane divided highway to a six-lane freeway in a section north of Loop 1604, although a lot of the road remained with four lanes. TxDOT announced plans in 2000 to upgrade the 281 to six lanes from Loop 1604 to Stone Oak Parkway and to build an overpass at the Borgfeld intersection. The construction was due to begin in 2003 but was halted due to a major cost increase.

Zachary and Cintra of Spain put in a voluntary bid to build the 281 and 1604 tollway projects in return for a 50-year toll concession. The bid was accepted with construction beginning on the Sonterra to Stone Oak section in December 2005.

The project was suspended in 2006 after construction work damaged a sewer pipe. As a direct result, TxDOT and the Federal Highway Administration (FHWA) made an agreement to perform an additional environmental assessment (after four had already been performed).

In January 2007 an assessment was put forward and the FHWA authorised TxDOT to build the 281 tollway from Loop 1604 to Borgfeld. At this point ARMA took control of the 281 and 1604 toll projects (regional mobility authorities were given the right to decide to carry out toll projects in their region by the state legislature).

In August 2010, a new case was filed against the project. The court, however, refused to issue an injunction until the case hearing. The project work resumed in February 2011.

In addition, several other ancillary improvements have been suggested for Loop 1604 and US 281.

On the Southbound US 281, the current entrance ramp from Loop 1604 will be replaced by a new connector entrance. The existing pavement will be re-stripped to add an auxiliary road between the entrance ramp from Thousand Oaks Drive and the exit ramp to the Bitters Road.

On the Eastbound Loop 1604, the exit ramp will be shifted beyond the Stone Oak Pkwy overpass to create space for a new exit to US 281. Plans for a new exit for Redland road from the east of Mud Creek are underway.

On the Westbound Loop 1604, the exit ramp to Gold Canyon will be removed to minimise the occurrence of mainlane weaving towards the start of the US 281 exit. Both the entrance and exit ramps between the Stone Oak Parkway and Blanco road will be reversed to add a new auxiliary lane.

Additional auxiliary lanes will be added between the entrance to Redland and the new exit for US 281, and between the entrance of the Blanco road and the Bitters exit ramp. The project will also include construction of auxiliary lanes at the frontage roads and new turnarounds at overpasses at Bitters road, Huebner road, Gold Canyon road and Redland road. In addition, sidewalks for the frontage roads and two pedestrian overpasses will be constructed.

The State Highway (SH) 161 is a 11.5-mile tollway running along the western boundary of Dallas County, from IH 20 in Grand Prairie to SH 183 in Irving. The project was initiated by the Texas Department of Transportation (TxDOT) in May 1969.