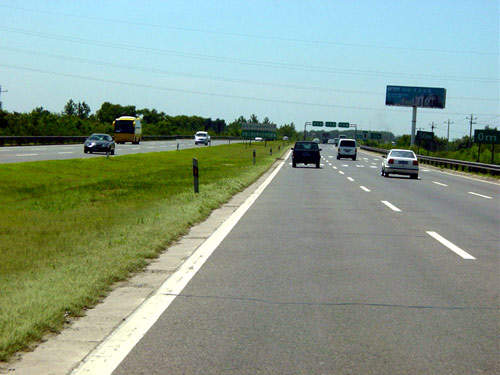 The new 314 National Trunk Highway will be completed by 2010. 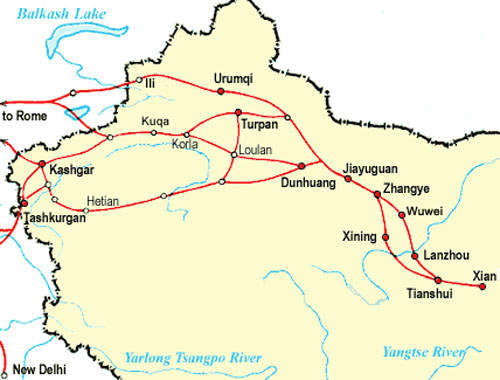 The Kuka-Korla section is a crucial link for the 314 Highway. 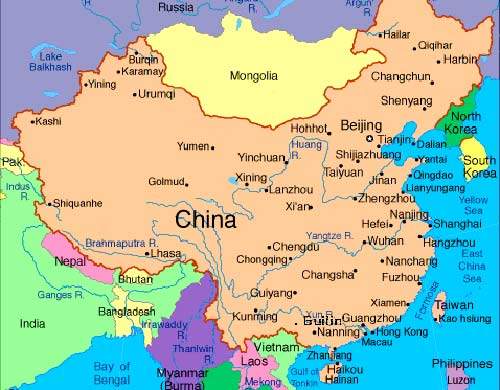 By 2030 China will have a 3 million kilometre major road network.

The 314 passes through some rough country terrain, making construction of the highway more challenging. 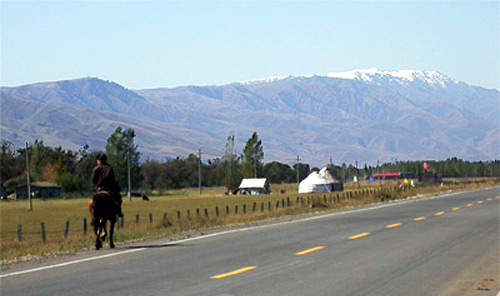 Transportation methods in China are changing, with the car making a definite impression and more money going into road infrastructure. 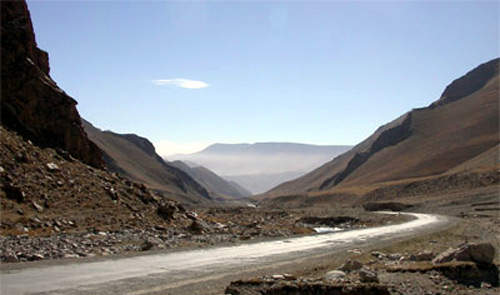 China's economy and trade with India, Pakistan and Europe will improve when the new section of the 314 is open.

With China’s economy developing at such a rate it is understandable that the country’s road infrastructure should also improve. With the Chinese people gaining more freedom to travel (now over 29 million private motor vehicles in China) and tourism in the country increasing rapidly the road system is essential.

According to the Chinese Ministry of Communications, the total mileage of China’s major road network will reach 3 million kilometres by 2020, containing 85,000km of highway and 650,000km of second grade roadway.

Highways will connect more than 300 cities and certainly all cities with populations greater than 200,000 to form a high-speed communication, transport and trade network to aid the country’s economy.

China had 74,000km of highway by the end of 2010. The Ministry of Roads has plans to construct some more new roads in the five year plan 2011-2015, to exceed US in the largest highway networks. The Chinese have now accelerated their investment programme into road infrastructure. In the period from 1990 to 2003, China invested 2 trillion RMB yuan ($241.5bn) in road construction.

National Trunk Highway 314, with a current length of 1,948km, goes from Urumqi, capital of the Xinjiang region, southwards across Mount Tianshanto (Tianshan Mountains) to meet Kunjirap in the south, a major land port on the China-Pakistan border. The 300 Series China National Highways form routes from west China to east China.

"Since the western development, No. 314 National Highway has had over $523m invested."The road traverses the Khunjerab Pass (elevation of 4,693m (15,397ft)) on the northern border of Pakistan-administered Kashmir with the People’s Republic of China. It is the highest paved-border crossing in the world, being the highest point on the Karakoram Highway.

The border section of the road was completed in 1982, superseding two unpaved passes (Mintaka Pass and Kilik Pass) previously used by travellers on the old Silk Road trade route to Europe.

In March 2009 construction began on the Korla-Kuqa super highway project, a freeway (upgrade to a section of the 314 trunk road) that will form a key part of a Central Asia highway network between Korla and Kuqa, in the Xinjiang Uygur Autonomous Region of northwest China.

The new section of the 314 national trunk road starts from K457+500 of G314 in Korla City, via Luntai County and ends at Kuqa County. It was approved by the National Development and Reform Commission in the first quarter of 2006 and ratified by the Xinjing Uygur Autonomous Regional Bureau of Communications. The section will be aligned in the east-west direction.

The four-lane freeway will cover 299.7km at a budgeted cost of 4.02bn yuan ($594m). The Asian Development Bank (ADB) has lent $150m and central government will pay 1.5bn yuan ($187m), while the remaining funding will be provided by local government. The Ministry of Commerce has sactioned $197 million for the project. China Development Bank will provide $188 milllion while Xinjiand Uygur Autonomous Region Government (XUARG) will provide $59 million.

There are 11 contract packages. The first of the four lanes of the expressways will be 5.76km long. It will be restored in accordance with the existing Class I highway standards. Designed for a maximum speed limit of 100 km/h, the lane will be constructed with an integral type subgrade that would measure 24.5km in width.

The remaining sections are designed to support a speed limit of 120km an hour. The width of the intergral subgrade and the seperated subgrade will be 28m and 13.75m respectively. The mainline’s upper layer will be composed of 4cm medium granular asphalt concrete. To construct the lower layer, 6cm of coarse granular asphaly concrete, 30cm cement stabilised and gravel base layer and natural sand gravel base will be used.

Construction of the expressway is expected to take four years to complete. In August 2008, the construction units were gradually shifted to the site. Construction works commenced in March 2009. In April, works on the subgrade, large and small bridges and culverts were carried out. The major works on the bridges, culverts and laying of cement-stabilised base are expected to be complete by September. The road, which was scheduled to be opened by August 2011, is still under construction. The freeway is expected to promote economic growth and trade between China and central and western Asian nations, and even Europe.

The ADB has listed the Korla-Kuqa freeway as a key investment project for the 2006–2008 period and provided $600,000 early in 2006 to finance technical preparations, including project design, assessment and personnel training.

In 2006, the Xinjing Communications Construction Bureau undertook 25 highway construction projects, completing roads with a fixed asset value of 4.174bn yuan. Among them were 12 key projects including the Sarim Lake-Gouzigou Highway of National trunk Highway 045 and the Karamay-Yushugou Highway.

The second phase of the reconstruction of the highway from Kashgar to Kanjirap was launched in July 2007 in Shule County. The 314 Kashgar-Kanjirap is also the domestic section of Sino–Pakistan highway, with a length of 420km.

Since the western development, No. 314 National Highway has had over $523m invested to reconstruct the 23km first grade highway, 80km second grade highway and the third grade highway in the middle section on the section from Kashgar to Shule.