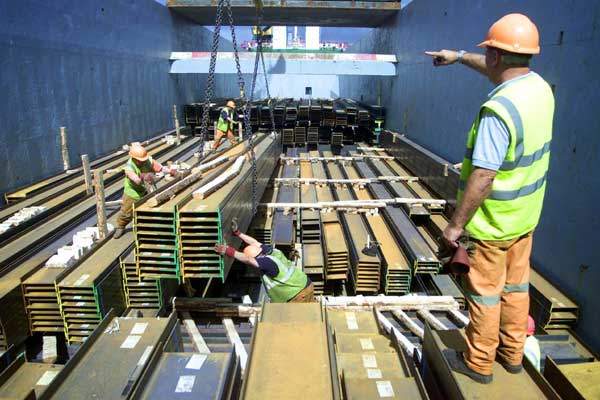 The barriers are made of galvanised steel. 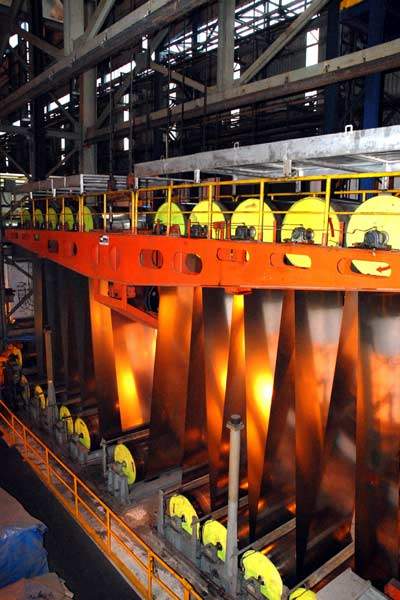 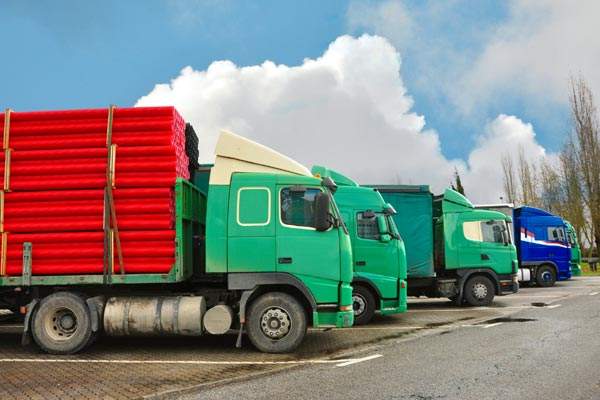 The road is used by heavy goods vehicles.

The £80m A1073 Spalding to Eye Improvement Scheme involves construction of a 22km long road between Spalding in Lincolnshire and Eye Green in Peterborough.

The new road, running parallel to the existing A1073, connects Lincolnshire to the East of England.

The route for the construction of the parallel road was finalised after gauging public opinion. Lincolnshire County and Peterborough City Councils granted planning permission for the new route in March 2003 and March 2004, respectively.

The purchase and side road orders were published in March 2004 and a public inquiry was conducted in November that year. These orders were confirmed in October 2006. The scheme was completed in 2010.

In August 2010, the embankment leading to the Car Dyke Bridge in the Peterborough section developed cracks before the bridge was opened to traffic. The opening of this stretch of the A1073 has been put off until a long-term solution can be found to address stability issues. Work on this section is expected to be completed and opened to traffic in October 2011.

The Spalding to Eye road was initially designed in 2000. The road was planned as an alternative to the existing A1073, which is narrow and accident prone. The accident rate on this route is above the national average.

Geo-technical and topographical surveys for the new road were conducted in 2000.

“The A1073 Spalding to Eye Improvement Scheme has been designed to provide an alternative route to heavy vehicles and other motorised vehicles.”

The A1073 Spalding to Eye Improvement Scheme has been designed to provide an alternative route to heavy vehicles and other motorised vehicles. It will become an important link for the local agriculture and food processing industries to transport their freight. The road connects the A16 near Spalding to A47 near Peterborough.

After the completion of the scheme, the road will replace the existing A1073 road. It will be reclassified as A16.

The key construction works along the route include an underpass for cyclists at Whitepost Road to cross the A1073, five roundabouts, junction improvements, public utilities, landscaping and the construction of a bridge across Car Dyke Canal to protect the ancient monument. .

In May 2009, Corus Construction & Engineering Products (CEP), a subsidiary of Tata Steel, was awarded a contract to provide Vetex highway safety barriers for the scheme for higher safety. The vetex highway safety barriers will provide the safety required on the A1073 road that is mainly used by freight lorries. The barriers are manufactured using galvanised steel, which provides higher protection with lower maintenance. Furthermore, the distance between two posts is kept at 5m, to reduce the number of components as well as the installation time.

Construction work on three over-bridges, five roundabouts and the Green Wheel Underpass are in progress. Major surfacing works on the main carriageway were completed by the end of 2009. Tree plantation activities began in 2009.

In June-July 2009, Lincolnshire County Council carried out structural patching at the north end of the A1073. During this time, Morgan Est. completed the construction of a roundabout at Crowland. David Bank road was was permanently closed to carry out construction work smoothly.

During July 2006, a decision on the regional funding allocations giving priority to the construction of A1073 Scheme was received by the councils from the Department of Transport. In November 2006, a funding application was submitted to the department. Of the total project cost of £80.3m, a contribution of £69.8m was confirmed by the department in November 2007.

Car Dyke bridge, Queens Bank Bridge and Wrights Drove bridges are the three bridges that will be constructed on the new route.

A 73.5m long bowstring arch bridge was constructed across Car Dyke, an important ancient Roman canal. The bridge cost £3m. The height of the bridge in the middle is 13.8m. The bridge was completed in 2010.

The Wright Drove Bridge was opened to traffic in February 2010.