Replacement bridge across the Taunton River

1999, delays have occurred and restarted properly in May 2007 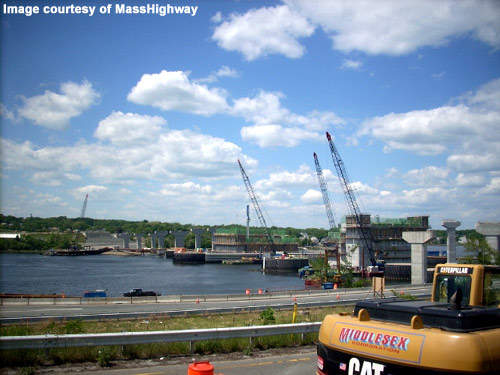 The bridge construction has been delayed several times. 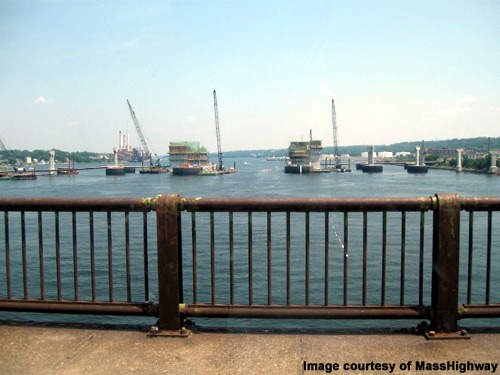 The new bridge will give a 60ft clearance above the water as opposed to 30ft with the old bridge. 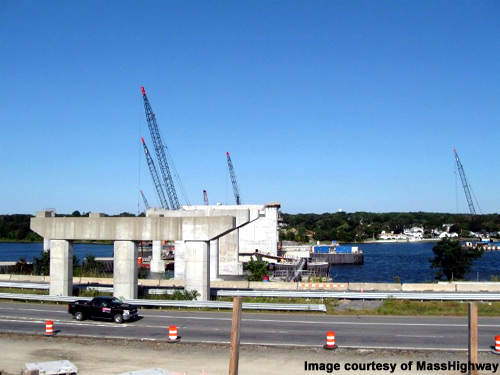 The third phase of construction is now underway.

The Brightman Street Bridge replacement project will see a 922ft vehicle and pedestrian crossing built over the Taunton River between Somerset and Fall River in Bristol County, Massachusetts (US Route 36/State Route 138). The bridge will replace an older steel bridge built in 1908 that can no longer be repaired at economic cost.

The new bridge is a two leaf Bascule design on two main piers with a drawbridge that creates a 200ft shipping channel with a 60ft clearance. The bridge will be owned and operated by MassHighway and is expected to cost $312m to construct. While the bridge does not have an official name, the local Portuguese community has suggested ‘Miguel Corte-Real Bridge’ after the Portuguese explorer who discovered the area in the 16th century.

Plans for the bridge were considered during the 1970s and 1980s. In 1989 the US Coastguard objected to the size of the proposed bridge opening, which delayed the plans until the late 1990s with construction getting underway in 1999. The project was then further delayed because the funds were needed for the over budget ‘Big Dig’ project in Boston.

The project was restarted but was soon delayed again due to reports of poor quality concrete in the piling, which required testing. Construction started properly by the Southeastern Regional Planning & Economic Development District and MassHighway in May 2007 and completion is expected in autumn 2012.

“The bridge will be owned and operated by MassHighway and is expected to cost $312m to construct.”

The construction contractor for phase two was Jay Cashman Inc and the project manager was the Massachusetts Highway Department. The phase two work consisted of the construction of reinforced concrete piers, abutments and pier protection structures for the bridge in the City of Fall River and the Town of Somerset.

When the project is completed the bridge will include 5,025 yards of retaining walls, 470t of steel H-piles, two miles of roadway and 15 million pounds of structural steel.