Length of each cable 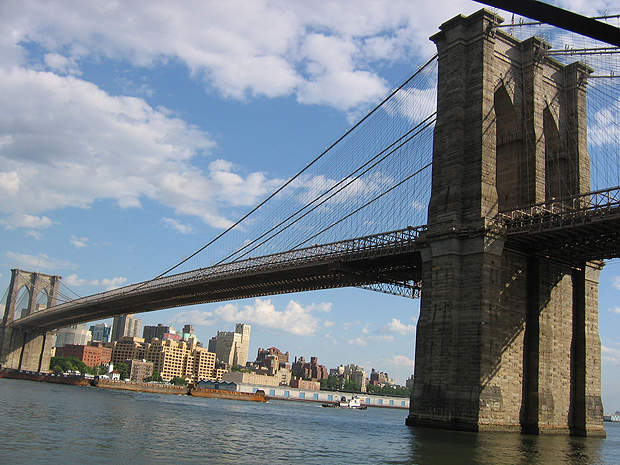 The &#36;508m Brooklyn Bridge Rehabilitation project was commenced on 2 June 2010. The project is expected to take four years to complete. 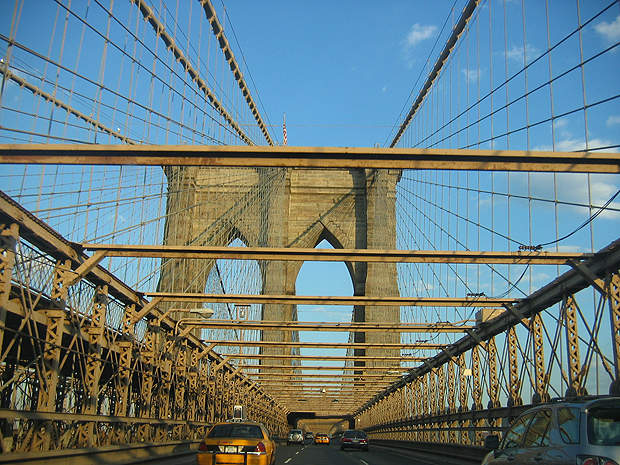 Brooklyn Bridge is toll-free and handles 145,000 vehicles a day. 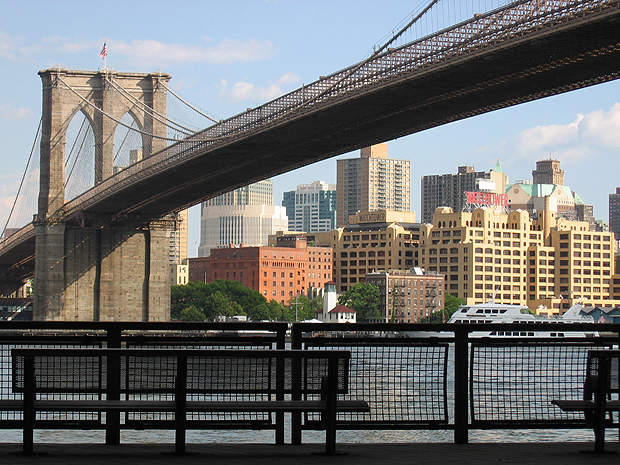 Brooklyn Bridge, designed by John Augustus Roebling and finished by his son Washington Roebling, was opened in 1883.

After a state inspection of Brooklyn Bridge in 2007, its condition was rated as ‘poor’. The inspection revealed that some bridge elements, including ramps, approaches and decking were not in good order and the structure was in need of a substantial overhaul.

To overcome these problems, the $508m Brooklyn Bridge rehabilitation project was commenced on 2 June 2010.

The rehabilitation project is expected to take four years to complete, and falls under contract No 6 of The New York City Department of Transportation (NYCDOT), Division of Bridges.

The 127-year old bridge will look better and traffic flow will be greatly improved after renovation.

The general contractor for the project is Skanska Koch.

Brooklyn Bridge was the world’s longest suspension bridge when it opened in May 1883. Considered as the most prestigious work in the history of America, the bridge was designed by John Augustus Roebling and finished by his son Washington Roebling.

It is maintained by The New York City Department of Transportation.

A total fund of $508m for the bridge rehabilitation will come from three sources. $30m will be provided by American Recovery and Reinvestment Act (ARRA) funding. New York City capital funds will finance $286m and the remaining $192m will be financed by other federal funding sources.

The rehabilitation project is comprised of bridge deck replacement, repainting of steel elements and increasing the number of lanes on the ramps.

As part of a safety and aesthetic plan, entrance ramps from the Franklin D. Roosevelt (FDR) Drive and exit ramps to Cadman Plaza will be broadened by adding two more lanes. The project also involves replacing the deteriorated closure walls and membrane system.

Rehabilitation to the Manhattan side of the bridge includes seismic retrofitting of the Franklin Square Arch, replacement of the corroded railings and safety barriers and creation of two lanes from the southbound FDR Drive onto the Brooklyn Bridge.

”The project is expected to take four years to complete.”

According to the Landmarks Preservation Commission, New York, the bridge’s original colour (which is officially called Brooklyn Bridge Tan) will be restored.

Construction and repainting of Brooklyn Bridge

Construction work will include replacement of the existing membrane system, closure walls and Brooklyn Bridge access roads. The present roadway pavement above the arch blocks and masonry structures will be renovated. Sprayed-on waterproofing membrane will be covered by a precast concrete roadway slab. Precast concrete-filled steel grid deck panels will be used to replace the existing deck on both the Manhattan and Brooklyn sides. The decks will be replaced panel by panel to minimise the noise produced by drilling and jackhammers.

Painting work will be carried out to prevent the steel from being spoiled by rust. Dust collection, vacuum and recycling instruments will be used to cut down the environmental air quality hazards. Abrasive blasting techniques will be used to remove the existing protective coating and the whole painting operation will be implemented in accordance with US Environmental Protection Act and New York State Department of Environment conservation requirements.

The Brooklyn Bridge rehabilitation project is expected to cause serious traffic problems during the course of the refurbishment.

”Serious traffic problems are expected during the course of the bridge’s refurbishment.”

Apart from 145,000 vehicles, the bridge also handles over 4,000 pedestrians and 2,600 cyclists. As the majority of construction work will be carried out at night, lanes will be closed from Monday to Friday from 11pm to 6am and on Saturdays and Sundays from midnight to 7am and 9am, respectively. It is expected that these closures will result in a large increase in the volume of traffic on the Manhattan Bridge. Other East River crossings will also be used to divert the traffic from Manhattan-bound roads.

The pedestrian and cyclist path will remain open as usual during the course of the project.