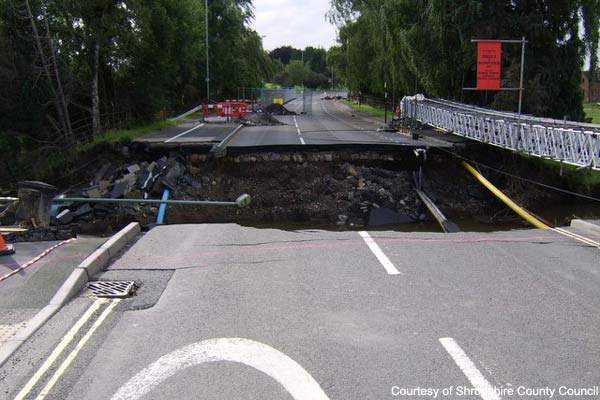 The original Burway Bridge collapsed, could not be repaired and had to be removed. 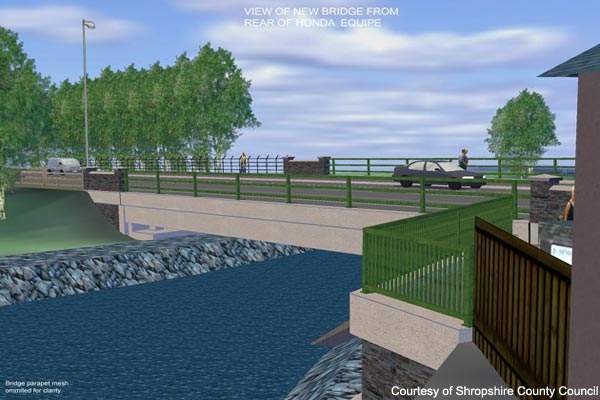 Bore holes taken around the area of the Burway Bridge site have given a good indication of the state of the soil and therefore influenced the type of foundations. 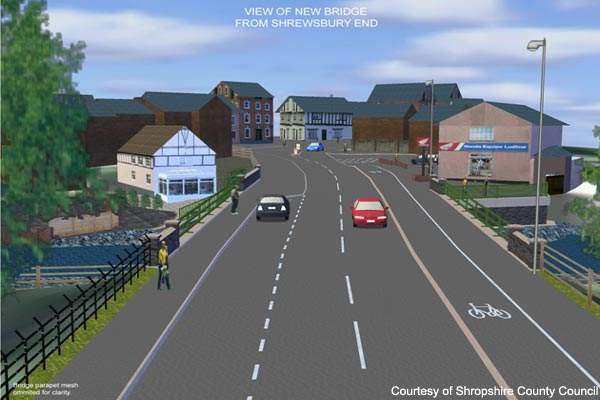 The new Burway Bridge will be longer than the old one and the foundations will start further back. 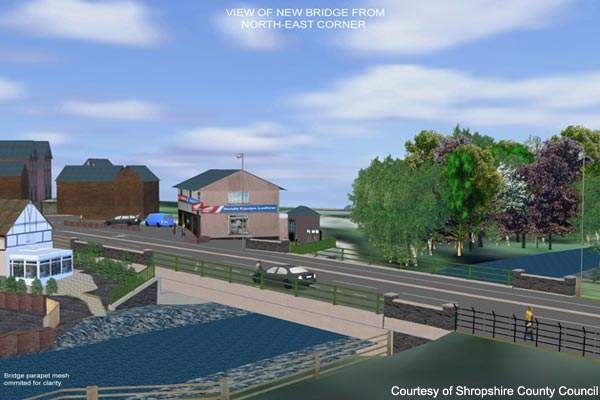 The design of the new Burway Bridge has increased strength and stronger foundations so that a collapse will be unlikely in the future. 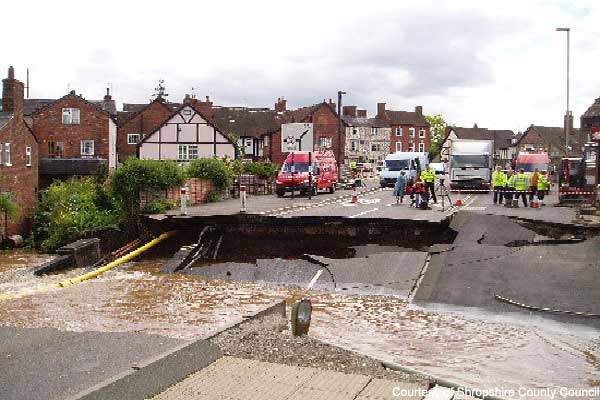 After the original Burway Bridge collapsed on 27 June 2007, the main route into the town of Ludlow was disrupted.

The original Burway Bridge collapsed on 27 June 2007, severing a gas main, due to exceptionally heavy flooding in the area when the River Corve rose 1.6m in around three hours. The collapse left a 16m-wide gap in the main road into Ludlow, which was a major problem as this was the main route into the town.

The work to clear the remains of the old bridge was completed by the end of July 2007. A temporary 31.5ft Bailey bridge, hired by Shropshire County Council, was put in place under the necessary weight restrictions until a new solution was put up. This temporary bridge had single-lane traffic controlled by lights and a footpath.

The temporary bridge was built on the road to the north of the river. It was then pushed out over the river to sit on new concrete foundations.

The temporary structure was approximately 1.2m above the existing road so ramps were built up to it before it was opened to traffic. The B4361 was finally reopened to traffic on 8 August 2007, six weeks after the collapse of the old bridge.

A new and improved bridge was planned following finalisation of the design and a public consultation during March 2008. The project to build the new improved bridge started on 14 April 2008. The construction was completed in January 2009. The new bridge, alongside the hire of the temporary bridge, cost a total of around £1m.

“The new bridge, alongside the hire of the temporary bridge, cost a total of around £1m.”

The new dual-lane road bridge consists of a span of 21m across the River Corve, which is twice as long as the old bridge, and re-established the B4361–Coronation Avenue into the centre of the town of Ludlow.

The new bridge was designed by the technical department of the Environment Agency with the help of geotechnical consultants who have established bore holes along the river bank where the bridge was constructed to determine the portioning and specification of the foundations required.

The new bridge was designed for increased strength and with the foundations set further back on the river bank for increased support. The BT services and the gas main were secured after the flood had damaged them and they were reinstated in the new bridge as required.

“The new dual-lane road bridge consists of a span of 21m across the River Corve, which is twice as long as the old bridge.”

The construction was categorised into Phase 1 and Phase 2. Phase 1 included removal of the temporary bridge, installation of 84 CFA piles and positioning the block stone of 800t to fill empty space caused by the floods. Reinforced concrete bridge abutments were constructed too.

Phase 2 included completion of carriageway, landscaping of flood area and drainage works. Works related to protection of river bank and masonry works were also carried out in this phase. After completion of the bridge foundation, works such as positioning rubber bearing pads and construction of a reinforced concrete deck and parapets were carried out.

The contractor for the construction of the new bridge was UK based McPhilips (Wellington) Limited who was appointed by Shropshire County Council. Other contractors involved in the construction include Transco (gas main), National Grid (electricity) and BT (telecoms).