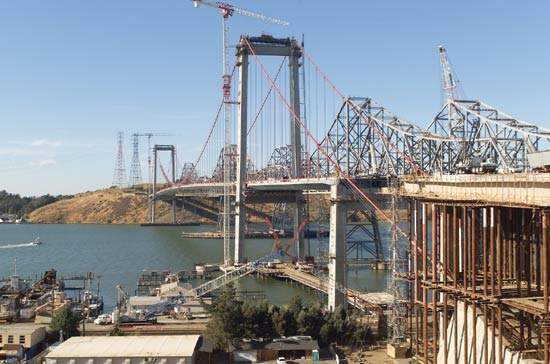 The 1927 westbound Carquinez Bridge across the Carquinez Straits, San Francisco Bay area, has been replaced with a new twin-tower suspension bridge. 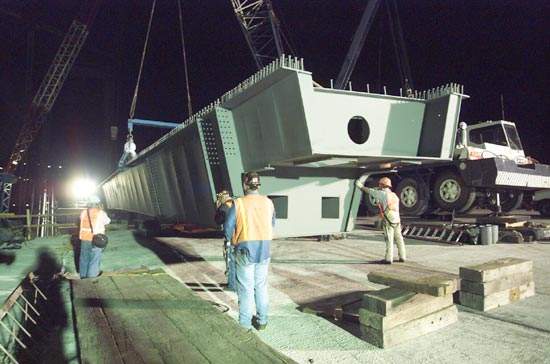 Construction on the Carquinez Bridge started early in 2000 and was finished in late 2003. 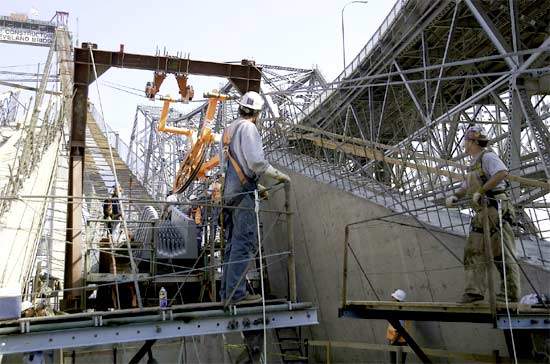 The bridges carry Interstate Highway 80 (I-80) over the Carquinez Straits. 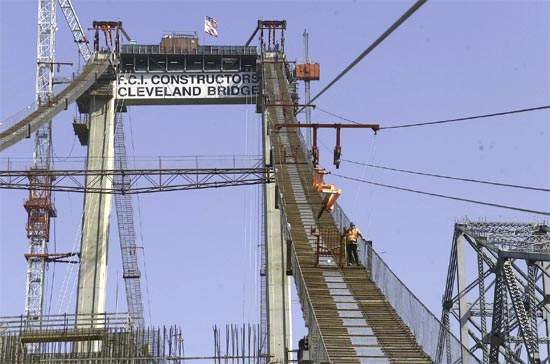 The new bridge and the refurbishment were required as the original Carquinez Bridges did not meet seismic design or traffic safety standards. 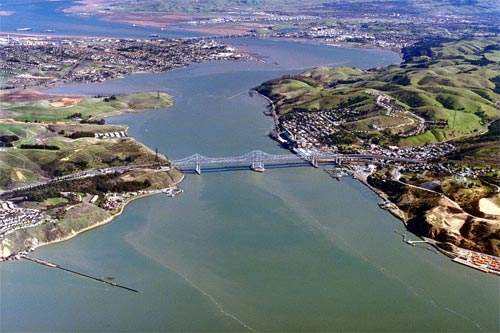 The Carquinez Strait prior to the new bridge; refurbishment was required to meet traffic safety standards. 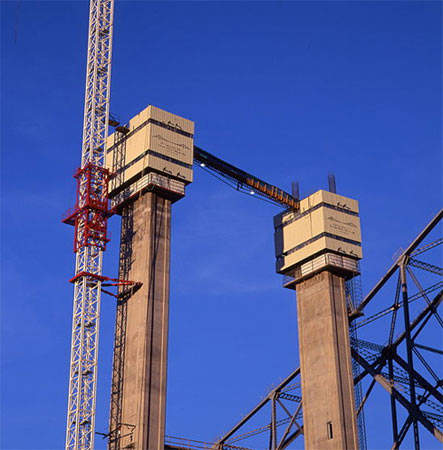 The towers of the Alfred Zampa Memorial Bridge under construction in 2002. 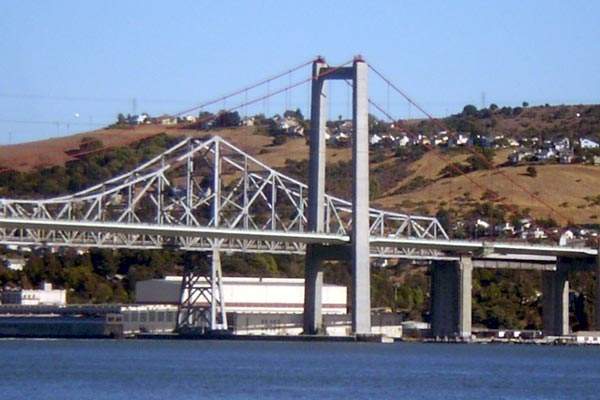 A &#36;4 toll is charged on the eastbound direction of the Carquinez Bridge.

The 1927 Carquinez Bridge across the Carquinez Straits, San Francisco Bay area, was replaced with a new twin-tower suspension bridge that opened on 11 November 2003. Construction on the project started early in 2000 and the project cost an estimated $240m.

The original bridge (designed by Robinson & Steinman) was dismantled in 2006 but the other Carquinez Bridge crossing that was first opened in 1958 (a cantilever bridge) received a $70m renovation as part of an upgrade to interstate status. This project was completed by Balfour Beatty in August 2001.

“The 1958 bridge carries around 53,000 vehicles per day in the eastbound direction across the strait.”

The dimensions of the refurbished bridge are as follows: width is 52ft, including two 2ft shoulders either side, and four 12ft lanes.

The steel cantilever truss structure of the bridge has a total span of 3,300ft and is 140ft above the water of the channel.

The new suspension bridge (Alfred Zampa Memorial Bridge) and the refurbishment were required as the original Carquinez Bridges did not meet seismic design or traffic safety standards required in California.

The bridges carry the eight lanes of Interstate Highway 80 (I-80) over the Carquinez Straits linking Vallejo, in the north, to Crockett in the south.

The limits of the bridge replacement project were from Cummings Skyway in Contra Costa County to SR 29 in Solano County. The project consisted of the following elements:

The replacement and refurbishment of the Carquinez Bridges was financed through Regional Measure One, a mandate passed in 1988 to increase tolls on Bay Area bridges to fund future improvements to the bridges and their approaches.

The contract was awarded to a joint venture of FCI Contractors Inc. and Cleveland Bridge California Inc. with a bid of $188m and 1,000 days. Lim & Nascimento were responsible for deck segment fabrication and Buckland & Taylor Ltd supplied construction engineering services on Pier P1.

The next bid was $209m and 920 days by a joint venture of American Bridge Co. and Kiewit Pacific Co.

“The Traffic Switch project allowed the worn deck on the approach road to the bridge to be repaired.”

As part of an ongoing upgrade to the 1958 bridge which is constantly in use, a project was instigated in September 2005 to upgrade and repair the deck of the 1958 bridge.

During the period from 25 September to 11 November 2005 eastbound traffic was temporarily switched over to the original 1927 bridge, which had not been used since the opening of the new crossing in 2003.

The Traffic Switch project allowed the worn deck on the approach road to the bridge to be repaired by Caltrans using new construction methods and materials. The 1958 bridge also underwent a strict seismic survey and received further structural rehabilitation. On switching the traffic back the road layout retained a new Fastrak lane and toll booth for use by commuters.

The 1927 span was completely dismantled by September 2007. The process started in March 2006 and cost $49.7m after a review by Bechtel Corp increased the cost of demolition from the previous unrealistic $18m.