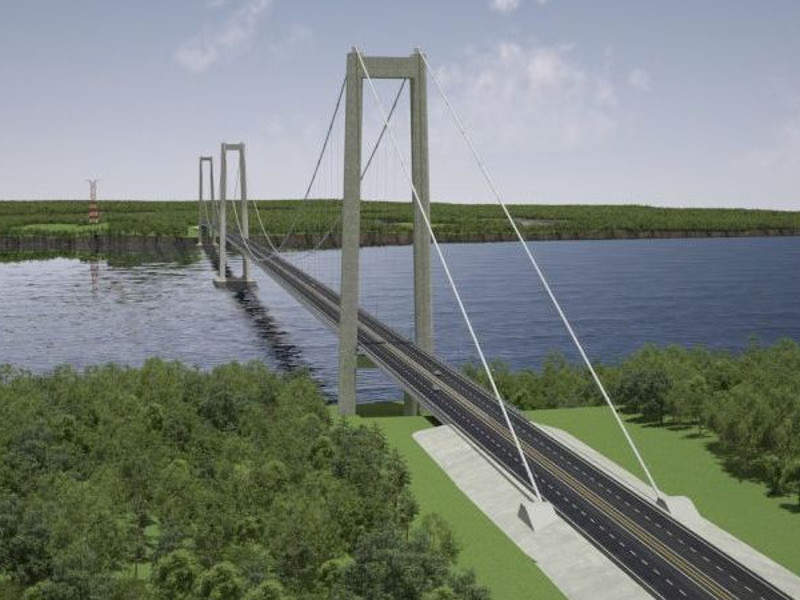 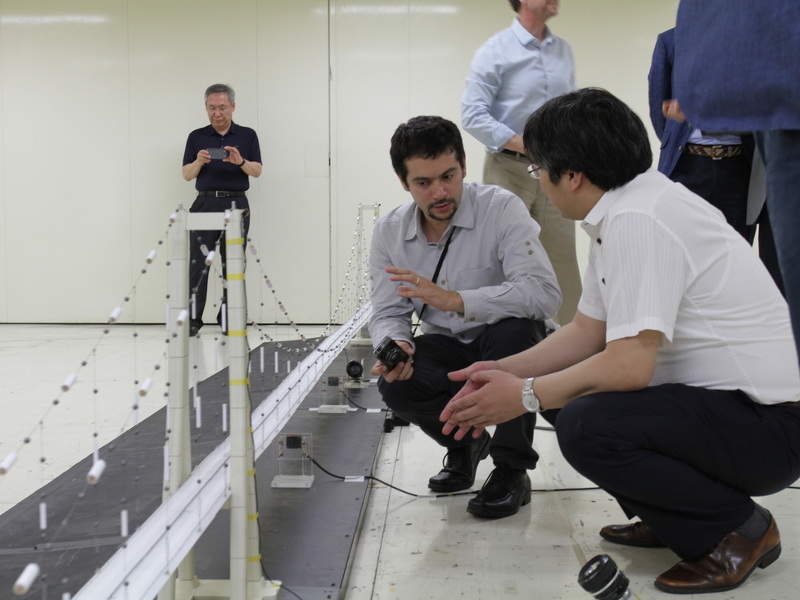 The bridge will have a total of four traffic lanes. Credit: TESolution. 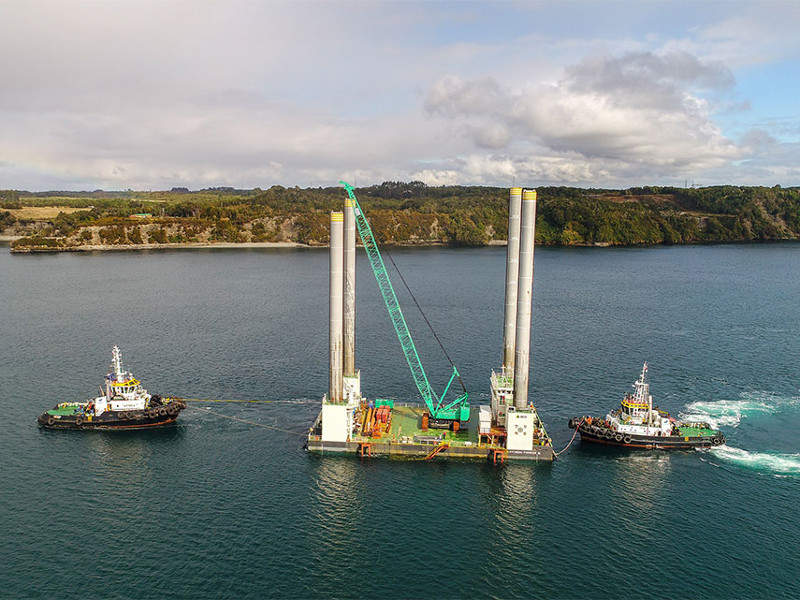 The Pioneer III jack-up platform serves as the operations base for the construction of the bridge. Credit: SAAM.

The Chacao Bridge is a 2.75km-long bridge being built by the Ministry of Public Works (MOP) of Chile. Upon completion, it is claimed to become the longest suspension bridge in South America.

Linking the Island of Chiloé with mainland Chile through the Chacao Channel, the new bridge will reduce the travel time to less than three minutes by replacing the present ferry service, which takes up to 45 minutes to cross the channel.

The project aims to improve the quality of life, business and tourism in the Island of Chiloé and the port city of Puerto Montt. The bridge is also expected to catalyse the development of large-scale projects in the region.

Construction of the suspension bridge was initiated in 2014 and is scheduled for completion in 2020.

The bridge design-build contract was awarded to the consortium of Hochtief, VINCI Construction Grand Projects, American Bridges, Besalco and Tesca in 2005. The construction was to be started in 2007 but cancelled due to cost concerns.

The project was relaunched by the Chilean Government in 2012 and the contract for the detailed design of the bridge was signed with a new consortium in 2014. The first designs were presented in 2015.

Located in the Los Lagos region, the project site is 1,100km south of Santiago. The bridge construction has faced a number of challenges due to the location, as it is situated 80km from the fault zone. The location is also prone to winds up to 208km/h and ocean currents of 18km/h.

The multi-span suspension bridge will have two main spans of 1,055m and 1,155m, as well as two suspended side spans of 216m and 324m respectively. It will be based on pile foundations, of which one is positioned in the middle of the strait on a reef and the others onshore.

The bridge will feature three concrete towers, with an inverted Y-shaped central tower measuring 175m-high. The remaining two towers will be 157m and 199m-high respectively.

The bridge will feature an orthotropic box girder deck, one central shoulder and two exterior shoulders while its superstructure will be made of steel.

The bridge will have the capacity to accommodate four traffic lanes. The rock formation in the middle of the 120m-deep channel provides a base for the mid-channel. The new bridge is estimated to have a lifespan of more than 100 years.

The project will include three different segments, including the suspension bridge, access roads, and service area.

The Chile Ministry of Public Works utilised the RM Bridge software for the bridge design, analysis and construction, and gINT to organise data management and reporting for the geotechnical and geo-environmental works.

Three-dimensional (3D) computational analysis was performed on the bridge to evaluate alternatives and improve design quality. The advanced dynamics and wind analysis capabilities of RM Bridge simplified the construction of the middle inverted-Y tower.

The engineering, procurement and construction (EPC) contract for the project was awarded to the consortium of Hyundai Engineering & Construction, Aas-Jakobsen and Systra. The consortium is also funding the $740m project.

Aas-Jakobsen and Sytra are responsible for the detailed design, as part of the consortium.

TESolution is responsible for the aerodynamic test of the bridge model. Multi-disciplinary advice for the bridge and construction tender was provided by Arup.

Louis Berger was preferred to deliver technical advisory services, including the seismic and aerodynamic analysis and evaluation during the tendering phase of the project.