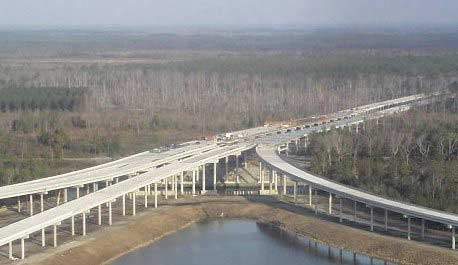 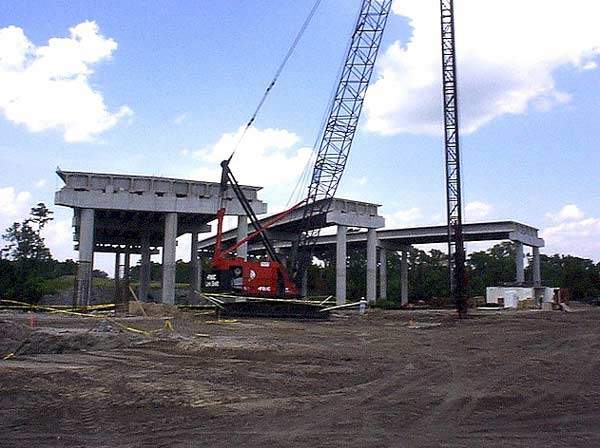 An early stage in the Conway Bypass construction. 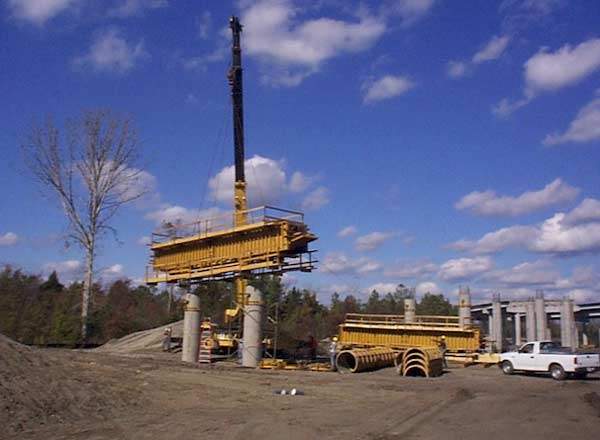 The construction site in December 1998. 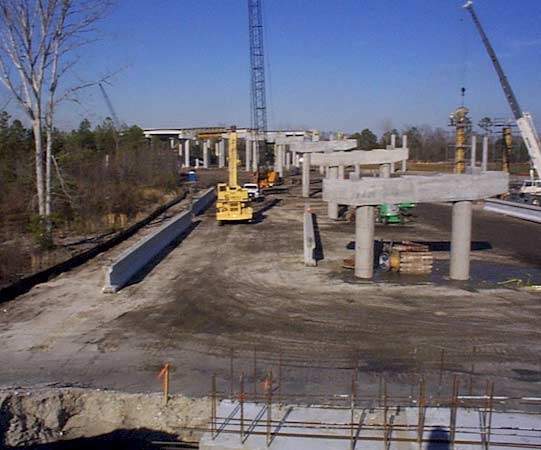 The bents were put up in the first quarter of 1999. 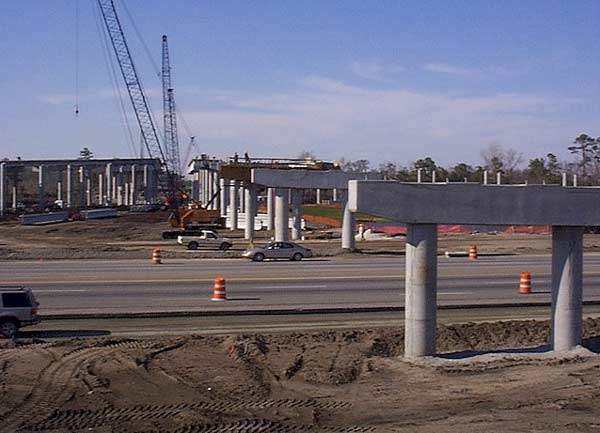 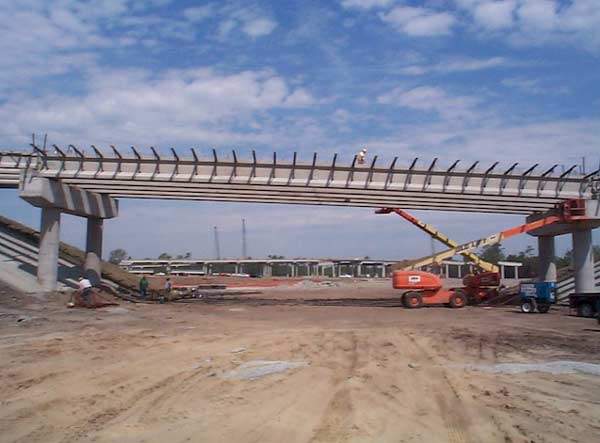 A total of 17 mainline bridges are found throughout the project covering areas such as wetlands, railway and the Waccamaw River.

The Conway Bypass was part of Horry County’s RIDE (Road Improvement and Development Effort) scheme which consisted of several projects such as the widening of SC 544, and a series of interconnected highways.

The Conway Bypass is a fully controlled access highway located in Horry County just North/Northeast of Conway, South Carolina. The Bypass connects US 17 and US 501, extending a total distance of 28.5 miles.

The first segment of the Conway Bypass project opened in June 2000, 17 months ahead of schedule and despite record flooding in 1999 as a result of Hurricanes Floyd and Dennis. The area experienced over 18ft of floodwaters, a 500yr flood, as a result of the nearly 20in of rain in a 24hr period.

“The project finished six months ahead of schedule and $300,000 under budget.”

In November 2000, segment II of the Conway Bypass Project, which spans from SC 90 to SC 905, officially opened. The opening of the bridge took place 13 months ahead of schedule.

Segment II is approximately 6.8 miles in length. It boasts six bridges including a major interchange at SC 905 and a 29ft-high bridge over the Waccamaw River.

In May 2001, a ribbon cutting ceremony was held. The barricades were removed; and the SC 22 (The Conway Bypass) was opened. The project finished six months ahead of schedule and $300,000 under budget. SC 22 will in the future become part of Interstate 73.

A total of 17 mainline bridges are found throughout the project covering areas such as wetlands, railway and the Waccamaw River. The longest bridge spans a distance of 3,960ft. The wetland bridges were built using cranes supported by a temporary trestle positioned between the eastbound and westbound bridges.

The roadway surface consists of ‘Superpave’ asphalt with the exception of concrete paving for ramps. The bridge surface is concrete pavement.

The South Carolina Department of Transportation (SCDOT) and Fluor Daniel decided to develop a partnership for the design and construction of the Conway Bypass.

Davis and Floyd were responsible for road and bridge design. The LPA group also carried out bridge design. C/P & J, AO Hardee and A Wills Construction carried out grading and related work. Recchi America, Inc. was given responsibility for girder bridges. Traylor Brothers did work on flat slab bridges. Apac Carolina was responsible for asphalt paving, and Apac Georgia did work on the concrete paving.

Interstate 73 is a yet-to-be-built limited access highway, which is projected to cost over $1.7bn to complete. Signed into law as part of the 1991 Intermodal Surface Transportation Equity Act (ISTEA), I-73 has seen many fluctuations on the final destination of this route. The project gained considerable momentum in early August 2005 when the President signed a bill authorising $81m in federal funding towards the completion of I-73 in the state of South Carolina.

In May 2006, SCDOT announced its preferred routing of I-73 between Myrtle Beach and I-95. I-73 will begin where the Conway Bypass starts at US Route 17 near Briarcliffe Acres. It will then proceed northwest crossing the proposed routing of Interstate 74 (currently S.C. Highway 31, the Carolina Bays Parkway).

After passing Conway I-73 will leave SC 22 at a new interchange to be constructed two miles west of US Route 701, and will then use a new highway to be built between SC 22 and SC 917 north of Cool Springs.