Diagram of the balanced cantilever method. 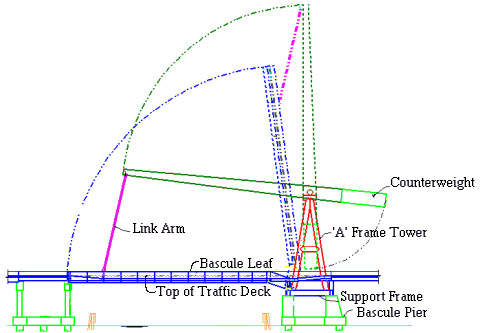 Diagram of the progressive cantilever method. 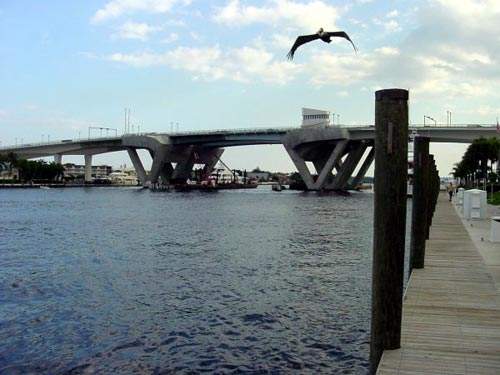 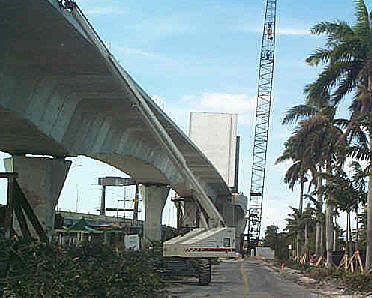 A temporary Dutch style bridge was built for use during construction of the permanent bridge. 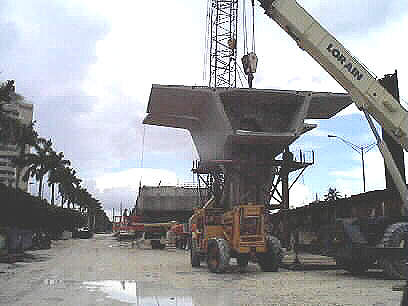 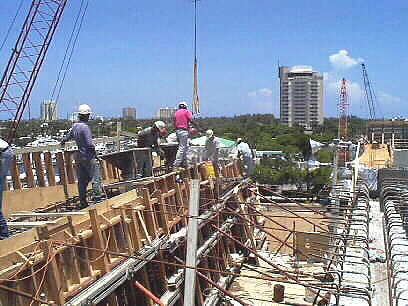 The new 17th Street Causeway Bridge in Fort Lauderdale, Florida, was constructed along the alignment of the previous drawbridge. The cost of the transformation was $62 million. The new bridge was completed in 2001 and offers bike lanes, an emergency lane and pedestrian overlooks. While work was carried out on the new permanent bridge, a temporary Dutch style bridge was put in place to maintain traffic flow.

The cost of the permanent bridge was $62 million, and the temporary bridge $6 million. The new bridge increases the vertical clearance from 25ft to 55ft and the channel width from 100ft to 125ft. The 17th Street approach spans are made of twin variable depth – constant slope concrete segmental bridges, built using a combination of balanced cantilever and progressive cantilever construction methods.

The Carina Pier at the bridge’s midspan houses the counterweights that raise the bascule leaves vessels need to pass through the bridge. This allows for a simple rigid connection to the segmental approach spans.

To avoid unnecessary congestion, a temporary Dutch style bridge was built for use during construction of the permanent bridge. This movable span employed a counterweight positioned on an A-frame to raise the bridge’s 160t bascule leaf.

Figg Engineers, Inc. designed the concrete segmental approaches. EC Driver designed the bascule main span and was the prime consultant for the final design of the Carina Pier, the temporary bridge, the bascule bridge and maintenance of traffic. Traylor Bros, Inc. was the prime contractor for the construction of the permanent bridge and Gimrock was contracted for construction of the temporary bridge.

The design team consisted of Parsons Brinckerhoff carrying out the feasibility study, Keith & Schnars in charge of roadway design and Edward D. Stone & Associates in charge of the landscape architecture, underdeck parking and pedestrian facilities. Helman Hurley Charvat Peacock Architects, Inc. did the work on bridge aesthetics, while David A. Mintz, Inc. did the work on aesthetic lighting. Geotechnical services were carried out by Schmertmann & Crapps and Arkitex2, Inc. completed the architectural design.