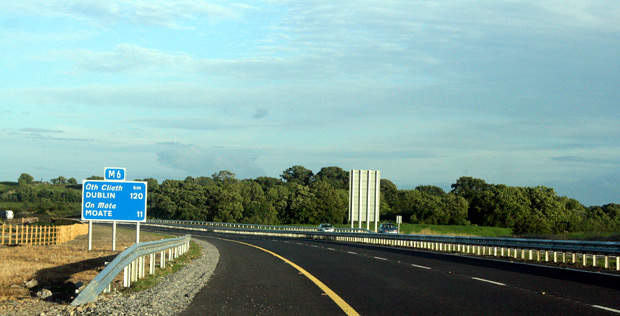 The Galway to Dublin motorway is the first major inter-urban corridor, which connects two cities in Ireland. 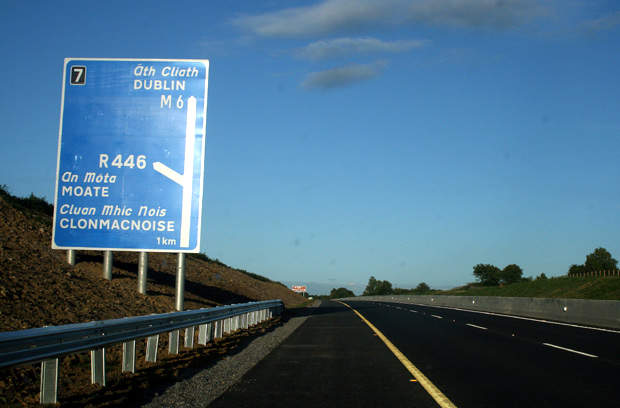 The total length of the motorway that connects the east and west coast of the country is 194km.

The Galway to Dublin motorway is the first major inter-urban corridor connecting two cities in Ireland. The corridor, known as the M6 motorway, was built at a cost of an estimated €427m. The total length of the motorway that connects the east and west coast of the country is 194km. This is one of the largest construction projects in the history of Ireland as well as the largest road construction project in the west of Ireland.

The motorway was inaugurated by the Minister for Transport on 18 December 2009. The project was undertaken by National Roads Authority, Ireland, and was completed four months ahead of schedule.

Before the motorway was constructed, Galway and Dublin were linked through poor roads, which were unsuitable for large volumes of traffic. Heavy traffic resulted in jams and gridlocks.

The road project is part of the government’s plan to improve roads in the country under the ‘Transport 21’ plan.

The journey time between Dublin and Galway has been reduced to two hours when travelling at 100km/h on the motorway. This, in turn, is expected to help improve business, tourism and road travel in the country. The Galway-Dublin motorway is a 2 + 2 dual-carriageway road with a maximum speed limit of 120km/h.

“The M6 is one of the largest construction projects in Ireland.”

The motorway can be entered through six junctions at Coolagh in Galway City, Glennascaul in Oranmore village, Athenry, Carrowkeel in the town of Loughrea / Kiltullagh, West Balinasloe and Tulrush (East Balinasloe) both in the Balinasloe city. All of these are grade separated junctions.

The project was first announced by Ireland’s prime minister in 1999. The M6 motorway was constructed within four years between 2005 and 2009 in five stages for each section. The sections, Kinnegad – Tyrellspass; Tyrellspass – Kilbeggan; Kilbeggan – Athlone; Athlone – Ballinasloe; and Ballinasloe – Galway, were covered in each stage.

The Kinnegad – Tyrellspass road opened on 5 December 2006, Tyrellspass – Kilbeggan section on 16 May 2007, and Kilbeggan – Athlone on 16 July 2008. These three road sections were initially opened as dual carriageways as a part of the N6, a national primary road in Ireland.

Construction on the Athlone – Ballinasloe section of the road started on 3 September 2007. The 19km-long road was constructed as a grade-separated, high-quality dual carriageway (HQDC). It opened to traffic on 23 July 2009 and was designated as a motorway in August that year.

“Before the motorway was constructed, Galway and Dublin were linked through poor roads.”

The final section of the M6 motorway is a 56km-long road from Ballinasloe to Galway. This is the second largest road scheme under Transport 21. Construction began in 2007 and was completed by December 2009. This section is a toll road and comprises a toll plaza near the Cappataggle village.

There is one major river crossing and three rail crossings on the motorway, as well as 30 road bridges, a foot bridge and nine roundabouts on link roads. SOS phones are available every 1.5km throughout the motorway.

The M6 toll plaza at Cappataggle features five lanes in each direction. It includes one express lane, and two automatic and two manual lanes. One lane of each type is kept open throughout the day. The speed limit at the toll plaza is 50km/h.

The M6 motorway only has one other toll – the M4 toll at Enfield.

The Athlone to Ballinasloe scheme was built by SIAC-Willis JV. The structural engineer for the Ballinasloe – Galway section of the project was Atkins and the contractor was ICON, comprising FCC Construction, Itinere Infraestructuras and Ireland-based PJ Hegarty & Sons. The contract for the section was awarded to the N6 Concession, which includes Sacyr Concessions, Global Via Infraestructuras and PJ Hegarty & Sons. This section of road is constructed under the public private partnership (PPP) with the N6 Concession. RPS Consulting Engineers were the consultants.