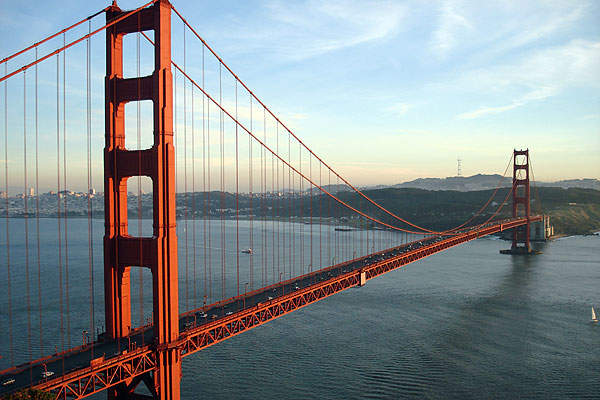 The 1,280m long Golden Gate Bridge is the second longest suspension bridge in the United States of America. Image courtesy of RichN. 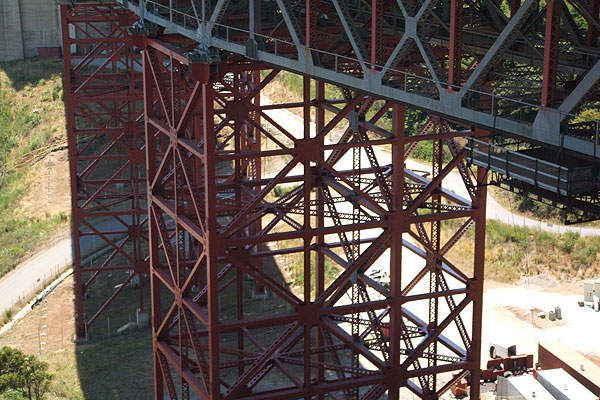 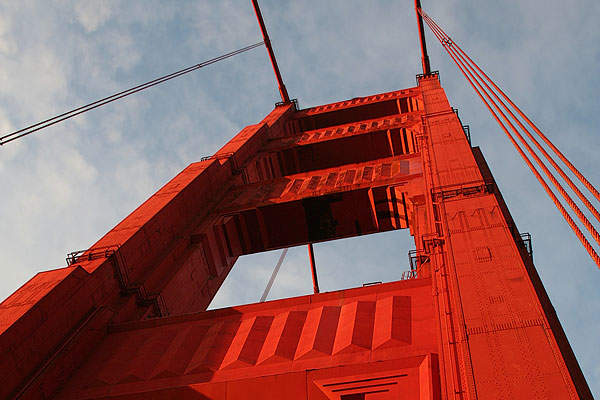 The suspension towers of the Golden Gate Bridge are 776ft tall. Image courtesy of Calibas. 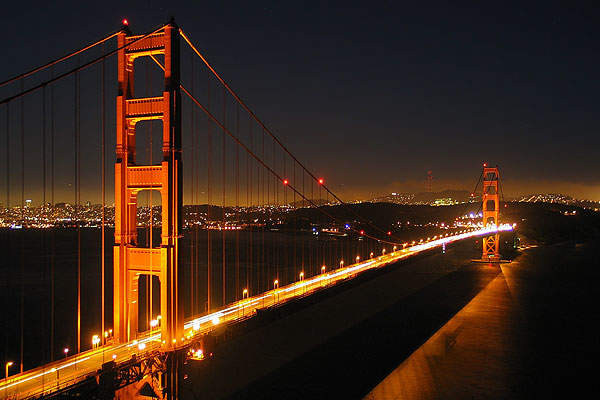 The Golden Gate Bridge project was financed through issue of bonds. Image courtesy of Dschwen.

The Golden Gate Bridge is the second longest suspension bridge in the US and ninth longest in the world. It has a 1,280m long bridge span and connects San Francisco and Marin County.

It stands 227m above water level and replaced the ferry service between San Francisco and Marin County.

Hailed as one of the Wonders of the Modern World by The American Society of Civil Engineers, the bridge stands as an important symbol of recognition for San Francisco, California, and the United States.

The bridge carried 19.37 million southbound vehicles in the fiscal year 2012-13.

A suicide deterrent system is due to be built on the bridge with an estimated investment of $50m. The final design of the system is targeted for completion by end of 2013.

The bridge name was officially announced by the Golden Gate Bridge and Highway District Act, passed by the state legislature, in 1923. The final permit for bridge construction was given by the War Department in 1930.

The bridge was painted with an orange vermilion colour chosen based on its suitability to the nature and also for its clear visibility of the passing ships.

The Golden Gate bridge construction began on 5 January 1933. The fabricated steel material was manufactured by Bethlehem Steel in its various plants and loaded onto rail cars to Philadelphia, and then further shipped through the Panama Canal to San Francisco.

The project’s construction works were supervised by Joseph Strauss, head of the project, who implemented the method of using movable safety netting beneath the site for protecting workers during the construction.

The bridge construction was completed in April 1937 at a cost of approximately $35m. It was opened for vehicular traffic on 28 May 1937.

Approximately 200,000 people crossed the bridge on the first day of allowing the public.

The cross-section of the bridge measures 93cm and is made up of approximately 27,572 wires.

Charles Alton Ellis was the Chief Principal Engineer for the project. The design was conceptualised and conducted by Leon Moisseff, designer of New York’s Manhattan Bridge.

A bridge within a bridge was constructed at the Southern abutment to protect the Fort point bridge from demolition.

A steel arch model was selected for crossing the fort and connecting to the bridge’s southern anchorage.

Traffic management on the Californian bridge

The bridge is a part of the National Highway System and has six lanes, including three lanes in each direction. A study regarding the installation of a movable median barrier between the lanes is in progress.

The Presidio Parkway (earlier known as Doyle Drive or Route 101) connecting San Francisco and the Golden Gate Bridge was demolished in 2012 and is being replaced under a $1bn programme.

All-electronic tolling was started at the bridge in March 2013 to reduce traffic congestion and delays at the Toll Plaza. The conversion to electronic tolling cost $3.2m, which was fully funded through tolls. The move is expected to save $16m in the next eight years.

“The 776ft suspension towers of the Golden Gate Bridge were the tallest towers in the world until 1998.”

Pacific Bridge Company was awarded the contract for providing Marin and San Francisco Tower Piers of the bridge.

The contract for supplying anchorages and approach piers was awarded to Barrett & Hilp.

John A. Roebling’s Sons Company was awarded the contract for providing the main cables. Structural steel for the approaches was provided by J.H. Pomeroy & Company and Raymond Concrete Pile Company.

The contract for developing the pavement for suspension spans and approaches was awarded to Pacific Bridge Company and Barrett & Hilp.