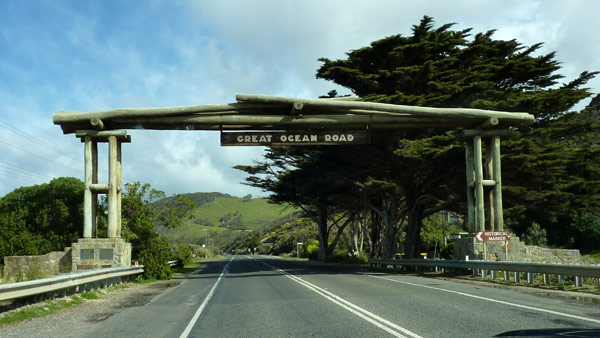 Great Ocean Road is a 243km stretch of road between the cities Torquay and Warrnambool in Victoria, Australia, Image courtesy of Bobak Ha'Eri. 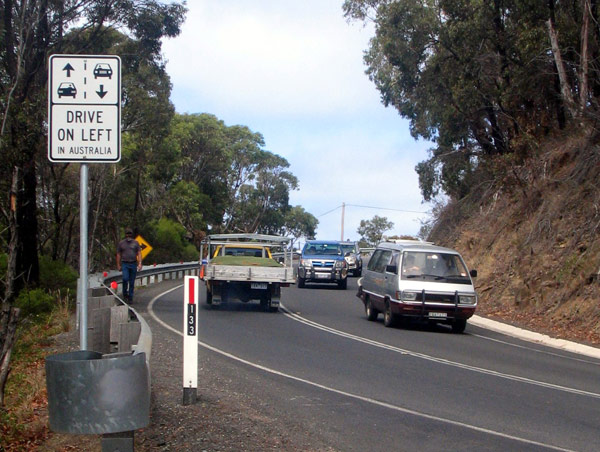 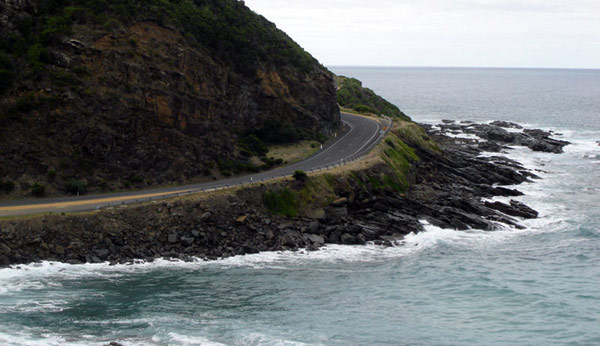 Great Ocean Road is a 243km stretch of road between the cities of Torquay and Warrnambool in Victoria State, Australia. Built in the memory of soldiers who lost lives in World War I, it is the largest World War I memorial in the world. It passes through the South Eastern coast of Australia.

The road was added to the Australian National Heritage List in 2011.

History of the Great Ocean road

The Chairperson of the Country Roads Board met the State War Council on a proposal that funds be provided for construction of roads to provide employment opportunities for returned soldiers of World War I. A plan was made soon to construct a South Coast Road to be built as a memorial to all the soldiers who were killed in the War. The Road was initially titled South Coast Road.

Planning of the South Coast Road route was completed in 1918. The route proposed in the early stage of planning was from Barwon Heads, by the coast in a westerly direction around Cape Otway terminating close to Warrnambool. Construction work on the proposed route began on 19 September 1919.

Prior to the construction of the road connectivity between the small coastal villages was very difficult. The rugged south west coast of Victoria was accessible only by water and an unsteady bush track. It was proposed that construction of a new road would connect isolated settlements on the coast, and become a vital transport link for the timber industry and tourism.

In 1918, The Great Ocean Road Trust was formed as a private company under the leadership of President Howard Hitchcock. The committee proposed on constructing a scenic coastal route to attract tourists to Victoria. The proposal was opposed by many initially, so the road was proposed to be built as a memorial site dedicated to all the soldiers who participated in the World War 1.

The first section of the road was opened in March 1922 and tolls were introduced on the road in December of the same year to recover some of the investment. The final section was opened in November 1932. A ceremony which was preceded by Victoria’s Lieutenant Governor, Sir William Irvine was held at Lorne’s Grand Pacific Hotel, the site where the starting survey peg for the road was hammered into the ground before 14 years.

The road is formally designated as B100 and was officially completed in November 1932. It connects the suburbs Anglesea, Aireys Inlet, Lorne, Wye River, Kennett River, Apollo Bay, Lavers Hill, Port Campbell, and Peterborough. It is a significant revenue generator for the government for its scenic route and being a tourist destination.

Great Ocean Road Marathon, a Festival of Running is conducted every year on the 45km section of the road from Lorne to Apollo Bay.

The construction of the road was a difficult task which took almost 14 long years. It was constructed by 3,000 army men who returned from the World War I. No machinery was employed throughout the construction, only hand tools were used.

The Great Ocean Road Trust managed to collect a capital of £81,000 from private contributions and borrowing. The money was repaid from the toll collection revenue and the road was later gifted to the state government on 2 October 1936. Howard Hitchcock, who led the trust, was named the Father of the Road after his death in August 1932.