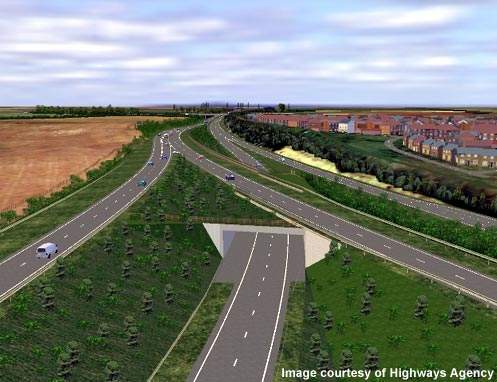 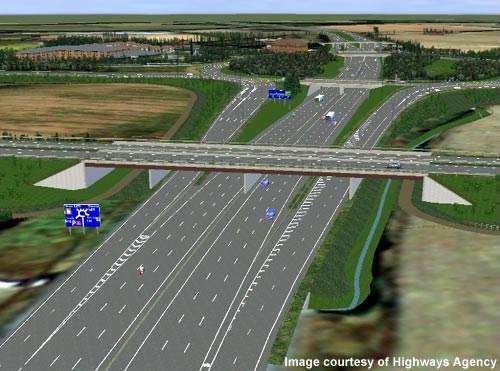 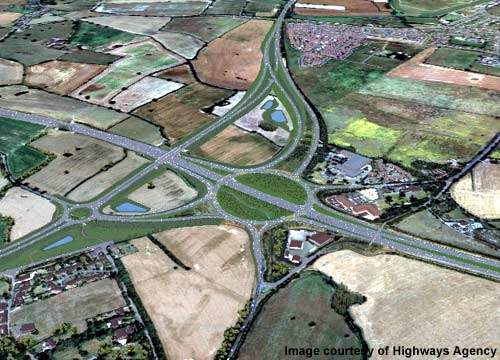 The work was carried out on behalf of the Highways Agency and the Department of Transport by Morrison Construction and Ove Arup as the project managers. 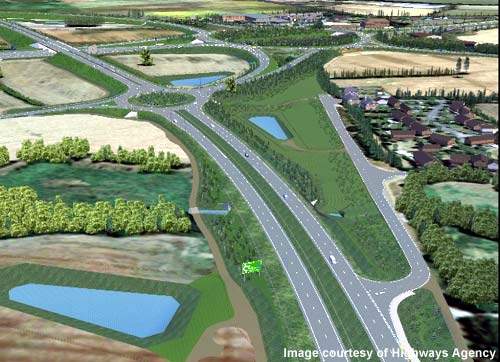 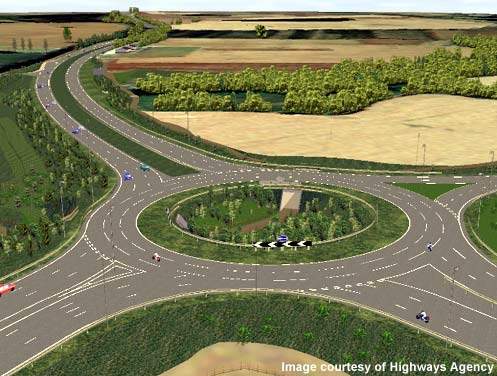 The already existing M40 Junction 15 roundabout has been modified by widening it to four lanes. 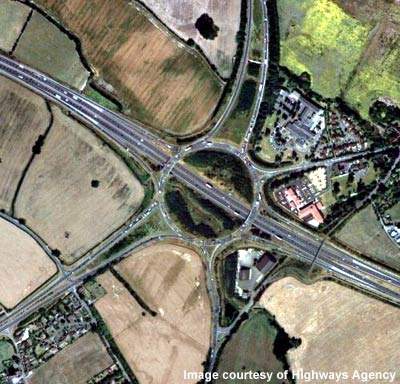 The roundabout approaches on M40 Junction 15 were improved and new traffic lights installed.

The M40 Junction 15 in the UK has been marked down as a bad section of road that is rife with congestion throughout the working day. Junction 15 carries around 75,000 vehicles a day.

This section of road is where the London-Birmingham motorway (M40) meets the A46 and the A429, which is the main road linking Stratford-upon-Avon, Warwick and Coventry. The point under consideration is the southern end of the Warwick western bypass. The interchange involves a roundabout, which is overloaded with traffic.

The problem is that the three-lane M40 goes under the roundabout and the three-lane A46 is suddenly brought to a halt at a roundabout with the A429, which cannot handle these volumes of vehicles. There was provision made for filtering off sections of the A46 with flyovers so that the traffic volume would be less.

However, this did not happen and the situation was compounded by the addition of the M40 in 1991. The project was allowed after a public; a decision was given in December 2007. Detailed design was completed in 2007.

The two phase project has been instigated to relieve the traffic at the A46/M40 Junction 15 roundabout and improve the safety of the route; there is a high incidence of overturning lorries here. The scheme cost £76.8m and was started in March 2008. It has taken more than 30 months and was completed in June 2010. The first phase of the project was finished in December 2009.

The work was carried out on behalf of the Highways Agency and the Department of Transport by Morrison Construction and Ove Arup as the project managers. The road scheme was designed by Hyder Consulting under an Early Contractor Involvement (ECI) contract.

The scheme involved construction of a dual carriageway bypass of the M40 Junction 15, which allowed vehicles travelling on the A46 to avoid the junction altogether. The bypass is routed to the west of the existing junction and then connected to the existing A46, north and south of the motorway.

“The already existing M40 Junction 15 roundabout has been modified by widening it to four lanes.”

The northern connection between the new bypass and the A46 Warwick Bypass forms as a two-level free flow link. In addition, a new four-span bridge was constructed to take the new dual carriageway over the M40.

The already The southern connection between the new dual carriageway (bypass) and the A46 Stratford road is a roundabout interchange, which also gives access to the B4463 and M40 Junction 15.

The roundabout includes underpasses to allow the safe movement of farm vehicles and pedestrian/cycle users underneath the A46.

The already existing M40 Junction 15 roundabout has been modified by widening it to four lanes. The roundabout approaches were improved and new traffic lights installed. Safety infrastructure at the roundabout such as signing, road markings, road lighting and road pavement were improved.

There were also measures proposed to minimise the effect on the environment including earth mounding, noise fencing, landscaping and improved drainage