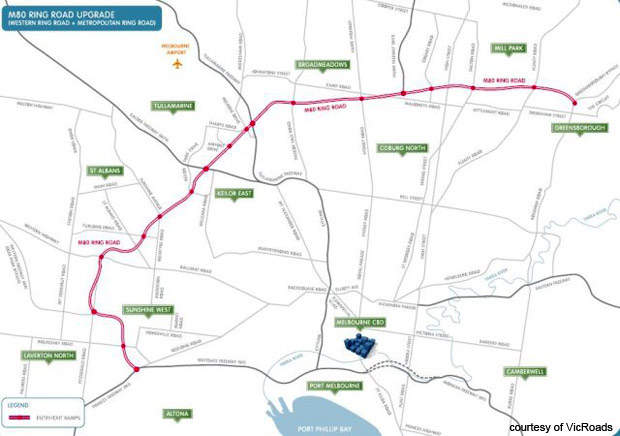 Upgrade of Melbourne's M80 ring road will make a big difference to safety and lower congestion. 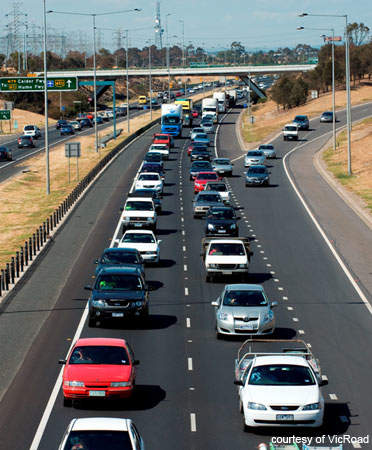 The M80 is known for its accident potential, with 760 crash incidents since 2003. 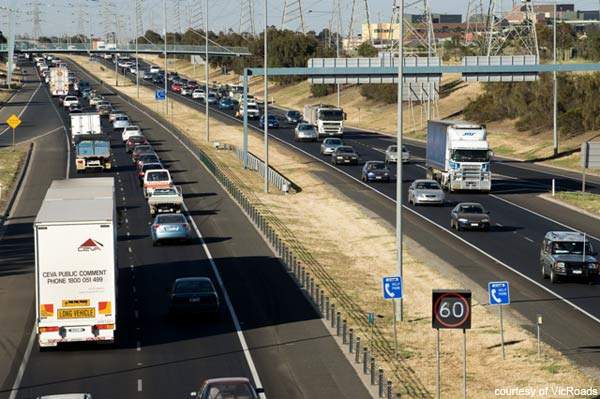 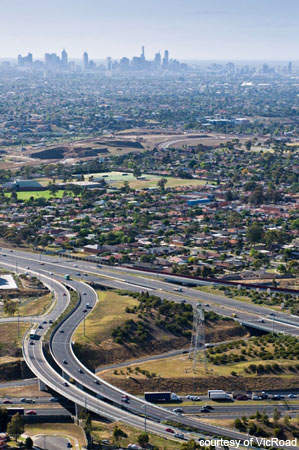 Calder Highway interchange prior to works beginning in 2010. 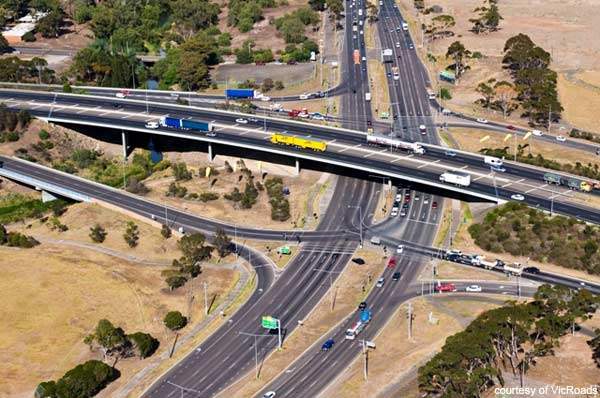 Between Western Highway (pictured) and the Tullamarine Freeway there are variable speed limits of 60–100km/h.

The M80 ring road, also known as the Western or Metropolitan ring road, is one of the key transport corridors in the city of Melbourne in Victoria, Australia.

The 38km road connects the northern and western suburbs of the city to various freeways around the city including the M31, route 43, the M79, the M1 and the M8. It connects the Princes Freeway at Laverton North to the Greensborough Highway at Greensborough.

The road is known for accidents as it carries commuter traffic and also freight traffic from the industrial areas of the city; 142,000 vehicles per day, 16% of which is heavy freight.

Since 2003 there have been 760 crash incidents on the road, nine of which have proved fatal, and some sections of the road are known for congestion and a poor safety record.

An upgrade project on the M80 began in December 2008. It started with the most problematic sections to improve safety, increase capacity and decrease congestion.

“In 2010 an upgrade project began on the M80 ring road, starting with the most problematic sections.”

The project is being jointly undertaken by the Victorian and Australian Governments with a $900m commitment as part of the AusLink Bilateral Agreement. It will see $2.25bn spent on the road over a period of five years.

The project includes a minimum of three lanes in both directions for the entire length of the M80, additional fourth “run on and off” lanes between some interchanges to provide one continuous lane for traffic entering the freeway at one interchange and exiting at the next and reconfiguration of the layout of some interchanges.

Lanes and ramps will be changed to improve operation and an intelligent transport system to manage and improve traffic flow, including ramp metering, variable message signs and variable speed limit signs.

The urban design of the M80 will also be upgraded to include noise walls and landscaping features. The M80 upgrade is part of the Victorian Transport Plan, a $38bn package to improve infrastructure. It is also part of the Nation Building – Economic Stimulus Plan, a$42bn Australian Government stimulus package to support business and jobs.

The M80 upgrade is expected to provide 6,500 jobs during the construction period and 5,500 jobs by the time it is completed.

“The M80 upgrade is expected to provide 6,500 jobs during construction and 5,500 jobs by completion.”

The first major section of the project is the 8.4km section from the Tullamarine Freeway to Sydney Road. This section is priority as it has the highest congestion and the poorest safety. Renovation work on this section commenced in December 2009 and is scheduled for completion in late 2012.

For this section Thiess, a Leighton Holdings subsidiary, Parsons Brinckerhoff and Hyder Consulting have joined VicRoads to form the Tulla-Sydney Alliance, which will design, manage and deliver the works.

The M80 consists of sections of two and four lanes in either direction with a speed limit of 100km/h for almost its whole length during the off-peak period.