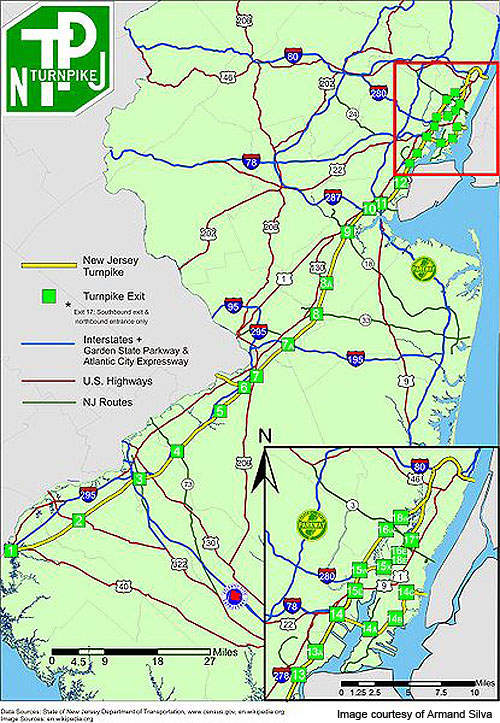 The New Jersey Turnpike is one of the key toll roads in New Jersey. 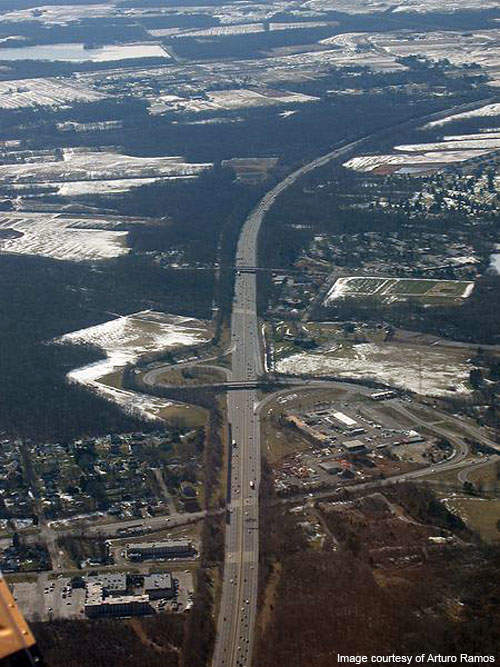 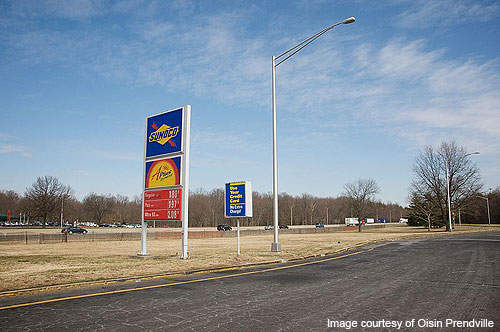 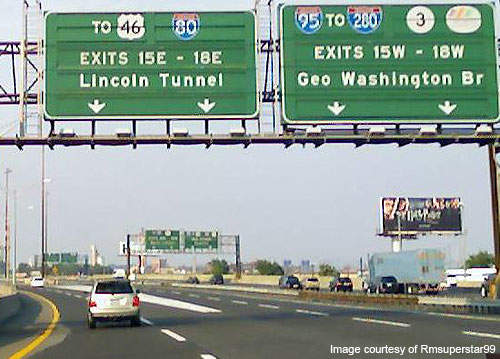 The New Jersey Turnpike is one of the key toll roads in New Jersey. It is considered to be the sixth-busiest toll road in the United States.

The main road extends from Carneys Point Township in the south to Ridgefield Park in the north.

The New Jersey Turnpike has two extensions. The first is the Newark Bay Hudson County Extension which was constructed in 1956.

This extension is a part of Interstate 78. The second extension is the Pearl Harbour Extension, which connects the main road of the Turnpike to Interchange 6.

The original construction of the New Jersey Turnpike was started in January 1950 and completed in 1952.

The northbound and southbound traffic volumes are expected to increase in the near future. Hence Interchange 6 through to 9 was planned to be widened. The widening is estimated to cost $2.5bn. The construction was started in 2009 and scheduled for completion by 2014.

“The original construction of the New Jersey Turnpike was started in January 1950.”

A toll plaza will be constructed at Interchange 8.

The stretch between Interchanges 30 through 80 is being widened. The construction is divided into three phases. Phase 1 was started in June 2009 and is scheduled for completion in August 2011.

The second phase will be built during mid-2011 and is expected to be completed by mid-2013. The third phase is not yet scheduled.

Interchanges 41 and 44 at Atlantic County will be improved during 2011-2013. The project involves construction of two additional ramps at both the interchanges.

The Garden State Parkway can be accessed through Interchanges 9, 10 and 11. These three interchanges will be improved to eliminate traffic hazard at Parkway. The construction is expected to start in 2011 and be completed by early 2013.

Shoulders will be constructed from Interchanges 83 to 100. Construction of this aspect is due to begin in 2011 and is scheduled for completion by 2014.

At Interchanges 88 and 91 at Ocean County, the expansion will involve construction of ramps and service roads. The construction is due to begin in 2012 and scheduled for completion by 2014.

A connector will be constructed to the east of the Turnpike. The connector will be 1.1 mile long and will provide access to the warehouse and distribution facilities at Tremley Point, Linden. The construction is scheduled to begin in 2013 and completed by 2015.

Interchange 14A located at Hudson County will be restructured to accommodate future traffic growth. This construction is expected to begin in 2013 and be completed by 2015.

The Bridge Deck of Newark Bay, Hudson County is planned for reconstruction as part of the widening project.

“The Bridge Deck of Newark Bay, Hudson County is planned for reconstruction.”

The first and second phases will consist of bridge deck replacement and in the third phase the bridge will be re-decked.

The third phase is planned for construction during 2016-2017.

Construction of the new span of Bass River Bridge will be started in mid-2011 and completed by mid-2013. The rehabilitation of the existing span of the bridge will be carried out during 2013-2014.

The New Jersey Turnpike Authority awarded a $10.4m contract to a joint venture between Servidone and Anthony Construction Corp. The contract involves relocation of the toll plaza at Interchange 8.

A contract worth $18.3m was awarded to the Railroad Construction Co. of Paterson for the upgrade of five bridges on the northern Turnpike.

The Berlin-based Mount Construction Co. was given a contract worth $1.3m for building a salt storage structure on the Garden State Parkway. A $2.3m contract for fabrication of support structures on the Parkway was awarded to New Jersey-based Conti Enterprises.