Length of the Parallel Roads 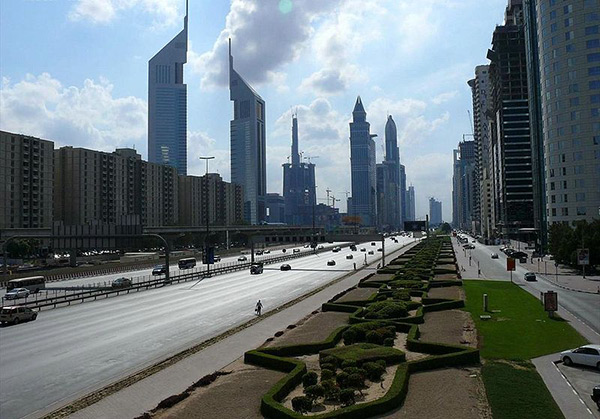 E11 (the Sheikh Zayed) road is the biggest highway in UAE, stretching from Al Silah in Abu Dhabi to Ras Al Khaimah in Oman. Image courtesy of Imre Solt. 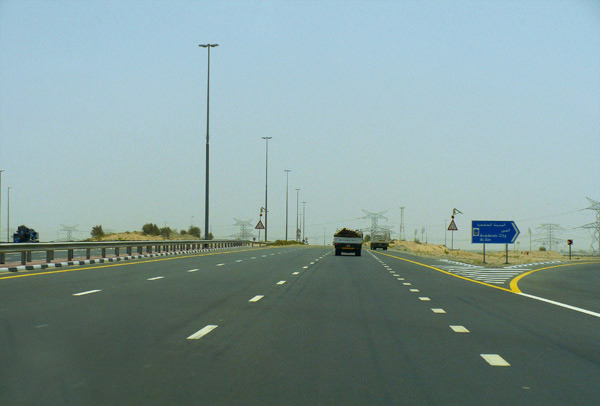 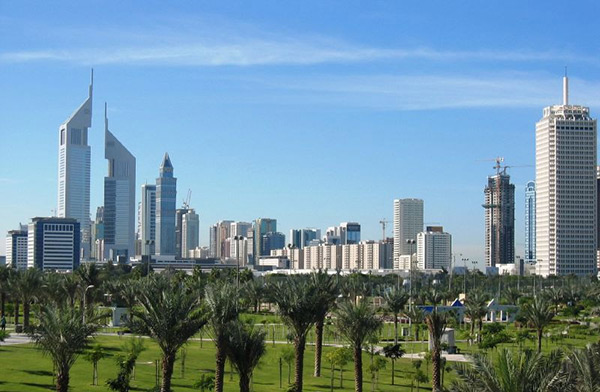 The Trade Centre Bridges located in Zabeel reduces the traffic congestion and links different parts of the city. Image courtesy of Ranjit Laxman.

The Parallel Roads Project, which is currently being undertaken by Road and Transport Authority (RTA), is one of the most important developments of its kind in Dubai.

The project comprises two roads, each 64km long, stretching from Sheikh Zayed Road to the periphery of Abu Dhabi in the south. The parallel road will function as arterial routes that will provide an alternative passage for vehicles using the Sheikh Zayed and Al Khalil motorways.

The main aim of the project is to link the commercial and residential establishments located between the two motorways. Signals and intersections will be placed on the road to ease traffic congestion and ensure the safety of pedestrians.

“The parallel road will function as arterial routes that will provide an alternative passage for vehicles using the Sheikh Zayed and Al Khalil motorways.”

The Parallel Roads project is being constructed in phases. The first phase included the Al Barsha and Al Qouz industrial and residential areas and covers Hissa Road in the south and Meydan Road in the north. It extends 15km on the Eastern Parallel Road and 18km on the Western Parallel Road, comprising three lanes with highways at intersections that include the Umm Suqeim Road and Latifa Bint Hamdan Road, as well as 25 junctions with signals.

Phase II included roads in the Business Bay area situated between the Financial Center Road to the north, Meydan Road to the south, Al Khail Road to the east, and Sheikh Zayed Road to the west. It also comprises of a road measuring 16km, a 600m-long bridge, seven light signals, and a storm water drainage network.

Phase IV includes the improvement of the Al Khail road by expanding the road from four lanes to six to allow smooth movement of traffic between Al Khail and Emirates roads. Two circular intersections at Al Khail road, involving streets 319 and 323 at Al Quoz Industrial area and Interchange 13, will also be replaced.

The Sheikh Zayed Interchange will form the final phase of the project.

The first phase of the project included the Al Barsha and Al Qouz industrial and residential areas, and covered Hissa Road in the south and Meydan Road in the north.

The AI Khail Road improvement project is located in Dubai. AI Khail road is one of the most important roads running parallel to Sheikh Zayed Road and Emirates Road.

Phase III (A) is located in the Jumeirah Lake Towers area. The roads under this phase link the developed properties of Emaar and Nakheel companies, situated south of the Sheikh Zayed Road, and between the interchanges 5 and 5.5.

The two parallel roads in Phase IV will run in the opposite direction to connect Al Khail and Emirates road. Al Khail road will run parallel to Sheikh Zayed Road and Emirates Road, and it will start from the Bu Kadrah Interchange and end at Emirates Road. Phase IV of the project will serve the Jebel Ali Free Zone, Al Maktoum Airport and the Industrial Area. It comprises the construction of roads extending 22km with four lanes in each direction in the Eastern and Western Parallel Roads. The internal roads between Sheikh Zayed Road and the Western Parallel Roads have been completed, while the construction of the other sections is in progress.

Sheikh Zayed Interchange will be built across the Doha road and will have three lanes heading towards Jumeirah and five lanes in the opposite direction.

The Trade Centre Bridge is the largest phase of the Parallel Roads project. It includes 22 pre-cast concrete bridges, measuring 4.23km in length and 15m in width. In addition, there will be a 120m-long concrete bridge to allow traffic movement towards Al Makhtoum Bridge. The total investment for the construction of the bridges is estimated to reach AED719m.

“The first phase of the project includes the Al Barsha and Al Qouz industrial and residential areas, and covers Hissa Road in the south and Meydan Road in the north.”

The Phase IV of the Parallel Roads Project will also include the construction of a new bridge that will enable the removal of circular intersections at Emirates Road. Two new elevated bridges will also be constructed to link Emirates and Al Khail roads.

The Sheikh Zayed Interchange will be a 14km-long elevated road bridge, which will be first of its kind in Dubai. The huge flyover, across the Doha road, will have three lanes heading towards Jumeirah and five lanes in the opposite direction.

The Trade Centre Bridges are being constructed in six phases, of which four have already been announced. Their construction is expected to be completed by November 2013. According to the RTAthe construction of the bridge was 68% complete as of February 2013.

Phase 2 of the project has been awarded to Emirates Roads Constructing, with Parsons International as the consultant. The project value is approximately $436m.

Italian company Todini Construzione Generali has been awarded the contract for the roads under Phase III (A). The company subcontracted RMD Kwikform Middle East to supply formwork and falsework solution to five bridges.