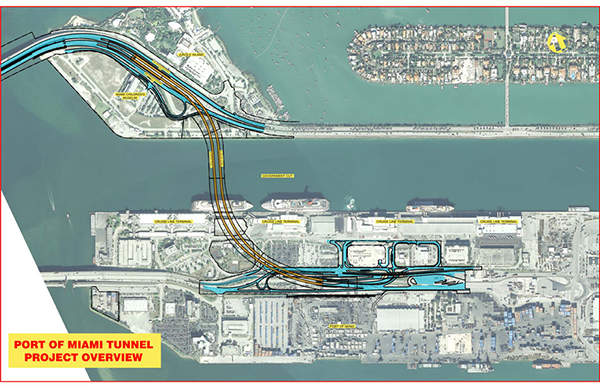 Port of Miami Tunnel project included the construction of a tunnel beneath the Government Cut between Watson Island and the port of Miami, Florida. 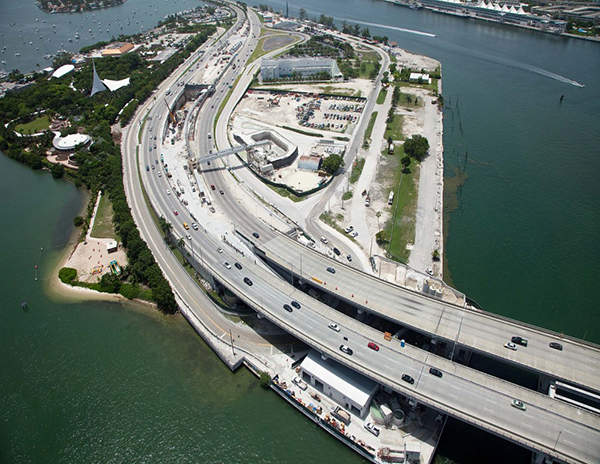 MacArthur Causeway Bridge was also extended as part of the tunnel project. 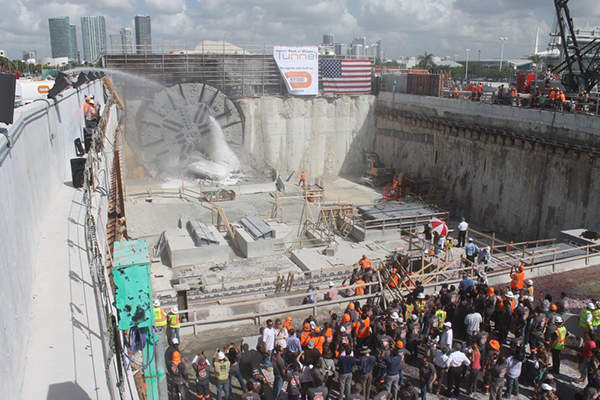 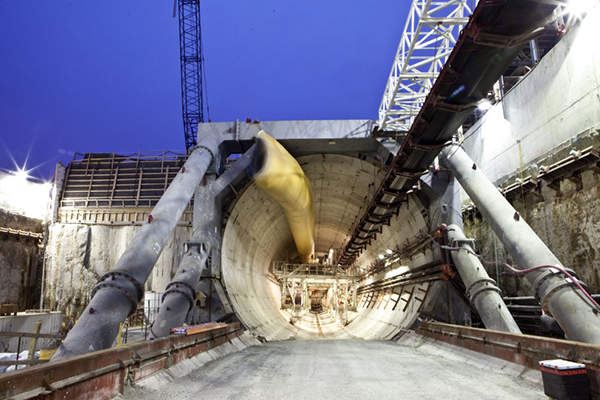 The Port of Miami Tunnel project included the construction of twin tunnels for connecting Watson Island and the port of Miami in Florida. 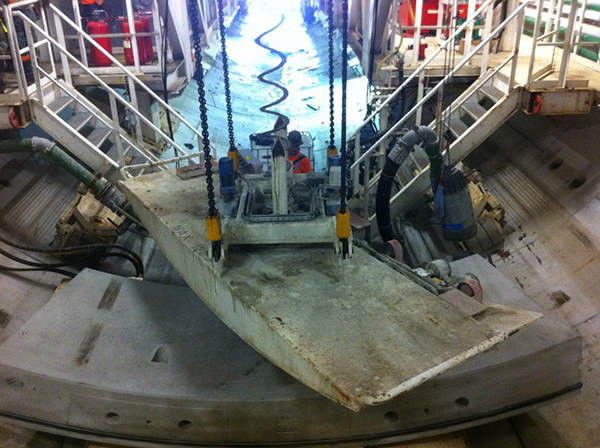 The Port of Miami Tunnel (POMT) was built to ease traffic congestion to and from the Port of Miami (POM), US. The port’s surroundings witness daily traffic of approximately 16,000 vehicles, which is restricting its ability to grow. Increasing congestion is also preventing the development of Miami’s central business district.

Construction of a road tunnel through Miami’s Watson Island was selected as the best alternative meeting all federal standards. The POMT project was integrated into the much larger SR-836 and I-395 operational improvement programme. The new tunnel links Watson Island’s SR A1A/MacArthur Causeway and Miami port on Dodge Island.

Financial closure for the $1bn project was reached in October 2009, with construction starting in May 2010. The project was carried out through a public-private partnership (PPP) between the Florida Department of Transportation and the Miami Access Tunnel (MAT). MAT was responsible for the design, construction, financing, operation and maintenance (DBFOM) of the tunnel during a 35-year concession period.

Proposals for the construction of a tunnel connecting the Port of Miami and Watson Island were floated in the early 1980s. In February 2006, the US Federal Department of Transportation (FDOT) floated tenders, inviting request for qualifications (RFQ) from potential bidders. The qualifiers were shortlisted by the FDOT in April 2006 and an economic impact statement was formulated by September 2006.

In March 2007, the FDOT received a request for proposals (RFP) for the project’s design and construction from FCC Construction, MAT and Miami Mobility Group.

MAT was created to execute the project. In October 2009, the FDOT achieved financial closure of the project with the help of Bouygues Travaux Publics and Meridiam Infrastructure Finance, which hold equities of 90% and 10% respectively in MAT.

The POMT project stretches between I-395, situated at the west end of MacArthur Causeway Bridge and the port’s roadway system on Dodge Island.

The tunnel boring operation took place 120ft under the channel bottom so that normal port operations were unaffected. According to the Port of Miami Economic Impact Study conducted in 2007, the project would provide 176,000 jobs and generate $17bn of economic activity.

The project included two tunnels of 1.2km (4,200ft) each, carrying two traffic lanes, walkways and curbs. The maximum height of each tunnel is 11.8m (39ft).

The tunnel was constructed 120ft below the surface of the Government Cut. The existing three bridge lanes in each direction were expanded to four 3.6m-long (12ft) lanes in each direction. A 1.8m (6ft) sidewalk and an inside and outside shoulder line, each measuring 3.04m (10ft) in length, were also included.

Construction work on Watson Island and Dodge Island was started in May 2010 and December 2010 respectively. The tunnel boring machine arrived at the port of Miami in June 2011.

The POMT was opened to traffic during this time and was finally completed in August 2014. The waste material generated during the construction was disposed into specially designed wells at pre-designated areas.

The TBM for POMT was custom-designed and manufactured by Herrencknecht, Germany. Costing around $45m, it is 139.2m-long and 13.1m-wide in cross-section.

The TBM consists of a cutter head and trailing gear. The cutter head bores the area while rotating and the produced excavated material is moved out of the tunnel by means of the trailing gear, which contains electrical and mechanical systems and support equipment.

The TBM put the already made concrete liner segments to create the wall structure of the tunnel. Once the liners were placed, the spaces between the liner and the excavated area were filled by grout. The TBM used eight segments for each ring and placed around eight rings a day. The POMT required approximately 12,000 tunnel segments.

The total cost to build the Port of Miami tunnel was an estimated $1bn, including $667m for the design and construction.

MAT financed part of the cost through a $381.1m loan from US DOT under the Transportation Infrastructure Finance and Innovation Act (TIFIA). The consortium received $97.5m in milestone payments.

A total of $350m in funding was extended to the consortium upon final acceptance of construction work. Miami-Dade County contributed $402.5m and the city of Miami contributed $50m as grants to the project.

The estimated $200m operations and maintenance costs for a period of 30 years were paid by the state funds. After the project opened to traffic, the FDOT paid the consortium an annual amount of $32.5m.

MAT Concessionaire was the main contractor for the project and awarded a design-build subcontract to Bouygues Civil Works Florida (BCWF). BCWF was also responsible for acquiring the regulatory permits necessary for the project. VMS Transfield was in charge of the operation and maintenance of the POMT.